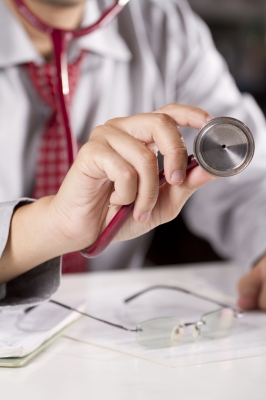 Image courtesy of akeeris at FreeDigitalPhotos.net

Prostatitis is simply the inflammation or infection of the prostate gland. The symptoms are uncomfortable at best; more often they are extremely painful and can also be dangerous. Symptoms include pain and swelling in the prostate, fever, chills, pain in the lower back, burning or painful urination, a need to urinate frequently during the night, dribbling, fatigue and body aches, and pain with ejaculation.

Unlike benign prostatic hyperplasia (BPH) often referred to as simply “an enlarged prostate,” prostatitis can strike any male, young or old. Prostatitis can be either acute or chronic, bacterial or nonbacterial.

Acute prostatitis is likely to occur intermittently. It can cause fever, bladder discomfort frequent and burning urination, and blood or pus in the urine.

Chronic prostatitis is ongoing and usually worsens with time. Its symptoms may include frequent urination, blood in the urine, a burning sensation, discomfort in the prostate area and lower back, painful ejaculation and even impotence.
Bacterial prostatitis can be caused by infectious bacteria that migrate from other parts of the body and by sexually transmitted disease organisms, especially through sex with multiple partners. Nonbacterial prostatitis is the most common form of prostatitis, but also the least understood.

To begin with, “benign” means not malignant. “Prostatic” simply means prostate. And “hyperplasia” means excessive formation of cells. So when your doctor tells you “you suffer from benign prostatic hyperplasia or BPH,” what he’s really telling you is you have a nonmalignant enlarged prostate.
Each year, as many as 12 million American men suffer from symptoms of BPH that are so agonizing they are forced to seek medical treatment. In fact, in America today, four out of five American men are likely to develop prostate problems during their lifetime.
The most common symptoms of BPH are a frequent need to urinate, a frustrating inability to completely empty the bladder, a weak urine stream, and painful or bloody urination. For a more detailed list of the symptoms associated with an enlarged prostate, click here.
Leading scientists agree that the primary cause of BPH is a hormone called dihydrotestosterone or DHT for short. As you age (usually over 45), your body converts more testosterone into the more potent DHT. The result of this increase in DHT is an excessive overgrowth of prostate cells, resulting in an enlarged prostate gland that constricts the urethra and interferes with normal urinary functioning.
DHT is also believed to cause a host of other health problems, including male pattern baldness.

IF YOU ANSWER YES TO JUST ONE OF THESE QUESTIONS, IT IS LIKELY YOU HAVE A PROSTATE PROBLEM AND SHOULD SEE YOUR DOCTOR OR SEEK TREATMENT.

Benign Prostate Hyperplasia (BHP) is a condition where the prostate enlarges, but does not lead to cancer. According to Dr. Holt, BHP affects more than half of all men over the age of 40, and 60% of all men over the age of 50. Although this condition is not carcinogenic, it is nonetheless associated with sexual dysfunction and difficulty in urination. As a matter of fact, prostatic health is required for satisfactory male sexual function. It is therefore of benefit if this enlargement of the prostate can be prevented.
The actual cause of benign prostatic hyperplasia (BPH) is unknown. However, it has been noted that eunuchs (men who have had their testicles destroyed or removed) do not develop BPH. Furthermore, after castration, benign prostatic hyperplasia has been observed to regress. Since the presence of normally functioning testicles appears to be necessary for the development of BPH, it is supposed that the tumor tissue uses the androgenic (male) hormones differently than normal prostate tissue does. Although the tumor is benign (not cancerous), progressive growth of the tumor may cause significant obstruction of the urethra and interfere with the normal flow of urine. The incidence of BPH increases with advancing age. BPH is so common, that it has been said, “All men will have benign prostatic hyperplasia if they live long enough!” A small amount of BPH is present in 80% of men over 40 years old and over 95% of men 80 years old. No risk factors have been identified other than having normally functioning testicles.
CONVENTIONAL TREATMENTS
Most medical doctors treat an enlarged prostate (BPH) with drugs or surgery. In fact, every year there are over 400,000 operations performed in the United States to treat BPH. Surgery can reduce the size of the prostate, but it can also cause such negative side effects as impotence and incontinence. What’s worse, is that surgery is not necessarily a long-term solution, and may have to be repeated in a few years. Surgery addresses the symptoms of an enlarged prostate, but does nothing about the cause, often necessitating further treatment as the prostate gland continues to enlarge.
There are many drugs in use today that shrink an enlarged prostate gland, but like surgery, they too can have undesirable and dangerous side effects, including decreased libido, premature ejaculation and impotence. One of these drugs can even cause severe birth defects.
Proscar
The most widely used of these is finasteride, which sells under the brand name of Proscar. It has been shown to be moderately successful in reducing prostate size in some men and in addressing some of the urinary symptoms associated with BPH. However, it can take as long as six months before it shows results, and the drug has negative side-effects that certainly give any thinking man pause. Among others, it has the potential to decrease libido, cause premature ejaculation and impotence. Not results any man who values his love life cares to contemplate!
There are even more alarming aspects to this drug, both for men and for women. It can cause birth defects in pregnant women who come in contact with the drug or possibly even with the sperm of a man who has taken Proscar. It can also artificially lower a man’s PSA levels by as much as 60 percent. This is very important to note, because it can interfere with the results of a PSA test in detecting prostate cancer. In many men, Proscar may not be effective at all. Proscar is designed to shrink greatly expanded glandular tissue of the prostate. However, not all BPH problems come from expansion of glandular tissue. Some men have prostate glands that are normal in size, but because the smooth-muscle tissue in their prostates has begun to contract around the urethra, they too suffer from painful BPH symptoms.

Hytrin
Another category of drugs called alpha-blockers is prescribed in such cases. They act by relaxing the smooth muscle of the prostate gland and neck of the bladder to improve urine flow. One such drug, terazosin, is marketed under the name Hytrin. Unfortunately, alpha-blockers can also have undesirable side effects, including headaches, fatigue, nasal congestion, dizziness and syncope-a sudden loss of consciousness.

ALTERNATIVE REMEDIES AND CURES
More and more Doctors worldwide are starting to treat prostate problems with herbs. If you’re interested in natural alternatives to prescription drugs, there are many natural prostate healing herbs that have been scientifically proven to work as effectively as these prescription drugs, but without any of the negative side effects. In fact, one prostate remedy (saw palmetto) has been proven in clinical studies to be more effective than finasteride.