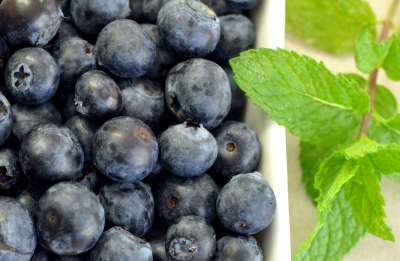 Greater levels of selenium, vitamin E and the tomato carotenoid lycopene have been shown to reduce prostate cancer in one out of every four Caucasian males, or those who inherit a specific genetic variation that is particularly sensitive to oxidative stress, say US researchers.
Conversely, if carriers of this genetic variant have low levels of these vitamins and minerals, their risk of aggressive prostate increases substantially, as great as 10-fold, over those who maintain higher levels of these nutrients, they write in today&rsquo;s issue of Cancer Research.

&quot;This large prospective study provides further evidence that oxidative stress may be one of the important mechanisms for prostate cancer development and progression, and adequate intake of antioxidants, such as selenium, lycopene and vitamin E, may help prevent prostate cancer,&quot; said Dr Haojie Li, a researcher at the Brigham and Women’s Hospital and Harvard Medical School.

The new findings are based on an analysis of 567 men diagnosed with prostate cancer between 1982 and 1995, and 764 cancer-free men from the Physicians Health Study.

The initial goal of this study was to assess the effect of aspirin and beta-carotene on men’s health. Li&rsquo;s team decided to check for variants of the gene that codes for manganese superoxide dismutatase (MnSOD), an important enzyme that works as an antioxidant in human cells to defend against disease.

The MnSOD gene is passed from parents to offspring in one of three forms: VV, VA or AA.

The results indicated that the VA and VV men were at equivalent risk for developing prostate cancer across all levels of antioxidants in their blood.

But compared to MnSOD VV or VA carriers in the lowest quartile of selenium levels, MnSOD AA males had an 89 per cent greater risk for developing aggressive prostate cancer if they had low blood levels of the mineral.

On the other hand, MnSOD AA carriers with high selenium &ndash; those men in the highest quartile &ndash; had a 65 per cent lower risk than the MnSOD VV or VA males who maintained low levels of selenium.

&quot;The levels of selenium in the highest quartile of these men are not abnormally high,&quot; Li said. &quot;Our range is neither extremely high nor extremely low.&quot;

While similar trends were observed for lycopene and vitamin E when tested independently, the contrast in relative risk was most pronounced for the men who had high blood levels for all three antioxidants combined, said the researchers.

&quot;Our study, as well as many other epidemiological studies, encourages dietary intake of nutrients such as lycopene from tomato products, or supplements for vitamin E and selenium to reduce risk of prostate cancer,&quot; said Li.

Prostate cancer is one of the biggest cancer killers in industrial countries and affects more than 500,000 men worldwide every year. This number is expected to increase with the ageing population.

Similar interactions between dietary antioxidants and the variations in the MnSOD gene have previously been linked to risk for breast cancer.