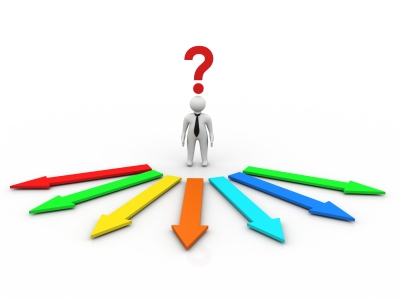 For many people, going through a middle age crisis can be a dreadful thing, especially for men. This transforming period has been long considered as a bridge between youth and older age. However, according to recent UN study, expected lifespan has been prolonged and amounts 87 and 86 years for women in Japan and Hong Kong while for European and American women is 81 years. It is followed by men, which expected lifespan measures 76 years in America and Europe, and 80 in Japan and Hong Kong. Looking at the age of 40’s, the middle age does not seem as a pathway to older age, but rather as the next step in another part of our lives, which needs to be experienced and fully lived. The article “A Man with No Hope Is Not a Hopeless Man!” addresses the common feelings and thoughts that occupy men in this phase and gives some suggestions on how to go through the middle age shift and what to expect.

Far too often, today’s ageing men find themselves looking at their surroundings and thinking “Is this ‘all’ there is?”. Over time, looking for fault in ones underachievements, mistakes, and regrets can become the norm. And when the mind is in the wrong place, a pessimistic outlook becomes easier to focus on than one of optimism and hope.

More often than not, such feelings are rarely spontaneous and tend creep up gradually, usually quite subtlety and unnoticed. Being conscious of those things that trigger negativity and despair can help prevent them from festering into undiluted pessimism. The 4 main areas that can change a man’s perception of the world are when he starts to feel – or actually becomes – lonely, isolated, depressed, and hopeless – for whatever the reason(s). Other triggers may be:

• Failed relationship(s)
• Financial failures (past, present, and lack of future planning)
• Low health and fitness levels (let himself go)
• Employment (lost opportunities, lack of progress, skills etc)
The list could obviously go on and on. This might be a good time to point out that whatever a man is feeling, and providing he still has his health, then nothing is lost, or as Thomas Carlyle once put it; “He who has health, has hope; and he who has hope, has everything.”

Action is the key to fending off or avoiding middle-age misery altogether. Staying plugged in to the world, interacting with others, along with a healthy diet and regular exercise, can all help produce an astonishing transformation in mindset. The flip side of this is inaction, as this can contribute greatly towards a downbeat belief in oneself. But remember that ‘positive action’ can turn things around just as easily, providing there are no medical complications preventing it.

Loneliness and isolation doesn’t always mean the absence of people. Some men will feel incredibly lonely and isolated even when surrounded by family, friends, and work colleagues. Such feelings can be caused by years of monotonous routine and repetitious lifestyle. It is times like these that a break from the norm is desirable. It’s like Henry Ford once pointed out:

Even something as simple as chatting with strangers in web forums – on topics that interest you – can act as a springboard to better thinking. It’s all about getting involved doing something new, different, and by choice. Remember, just as negative reflection can grow negative thinking, so can positive thoughts and actions work in the reverse.

But, why this middle-age transition hit men so strongly? This is a period where many men find difficult to achieve their goals in the usual way, the certain, well-coordinated way that proved so many times as the most effective. Even a man, who is significantly successful in terms of finances, career accomplishments, social status, etc., will slightly scent that something is missing. To make matters worse, men have entered into this phase completely unaware what is going on, denying in their “manly” stoicism some underlying fears and uncertainty to occur on the surface. In order to smoothen this life passage full of radical change for most men, preparation and good understanding of what to expect can help men better cope with this unavoidable shift. If men could consider the purpose of this change as the shift from ego-driven life to a more fulfilling one to our soul, they would have a good reason to make it happen.

Tags: How to Go through the Middle Age Shift and What to Expect