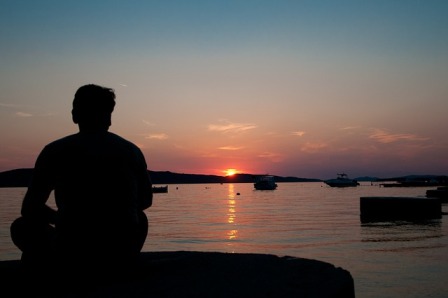 During the lifetime, every man has experienced a challenging time in maintaining good and stable friendships. The biggest life changes like getting married, having kids, job promotion, financial success or failure, divorce, losing a job, etc., have a huge impact on personal needs, affinities, lifestyle, self-confidence. While women will go out looking for emotional support from their friends or simply call one of them, men will rather suffer in silence. Not only the great failures, but also good and positive changes, can drift men apart. They often bring into the surface rivalry and competitiveness, which can seriously harm friendship. Furthermore, male friendship carries many unwritten rules that predetermine how men initiate man-to-man contact, what can be said and what is completely inappropriate. Unfortunately, these rules shape men’s friendships in a limited way, disabling a man to express himself authentically and freely in these types of relationships. The article “Why Men’s Friendships Can Feel so EMPTY” describes this set of limiting beliefs as Man Box. In order to understand better how the Man Box affects maintaining good and long-term friendships, they give the following explanation:

Welcome to the Man Box

“In the absence of emotional authenticity, American men become homogeneous in their expression of self. This encourages their location, willingly or otherwise, in what many writers have come to call the Man Box. The Man Box is a set of rigid expectations that define what a “real man” is, particularly in American culture. A real man is strong and stoic. He doesn’t show emotions other than anger and excitement. He is a breadwinner. He is heterosexual. He is able-bodied. He plays or watches sports. He is the dominant participant in every exchange. He is a firefighter, a lawyer, a CEO. He is a man’s man. This “real man”, as defined by the Man Box, represents what is supposedly normative and acceptable within the tightly controlled performance of American male masculinity.

Men will ask women to have sex and take a “no” without skipping a beat. Men will ask a customer to buy a product, and take “no” as just part of the territory. But asking another man to “please be my friend”, represents social risk taking that’s just too potentially frightening to attempt. Because, in the moment a man asks this question, he has failed to be what all men are expected to be. He has failed to be, and pay close attention to the word I’m using here, competent.

Men move in circles of competence. This competency component is central to how men are ranked in the institutions they relay on for social connection; in sports, at work and in every garage and backyard BBQ in the country. We approach each other not just in terms of common interests, but in terms of our competency in those areas. Knowing how matters.

On top of that, we approach with our personal business wired tight and fully formed. We are successful, smart, happy and full of advice on how to correctly do what needs to be done. By extension, we already have plenty of friendships which spring fully formed into our lives, born magically out of our raw manly charisma and charm.”

When it comes to male friendships, the middle-aged men have a hard time. They still do not have a lot of time to spend with their buddies, and a lot of old friends left him long ago following different life paths. Apart from this, if a man has not found out any way that suits him well in finding new friendships, he can easily feel lonely and depressed. There are recent statistics that warn us about a high percentage of men, which have no real friends. These feelings of loneliness, if a man has not worked through, lead to depression. Although loneliness were considered as problem of elderly people, in recent times, this problem much more hits working people, especially middle age, as we have seen. Recent studies have also shown that retired people often have a larger circle of people, but not many close friends. From all of this, the conclusion is simple: to get out of the Man Box and try different ways of establishing new and maintaining old friendships. Genuineness and authenticity are a good receipt of more fulfilling relations.

Tags: Why Is Hard for Men to Maintain Good and Long-Term Friendships?