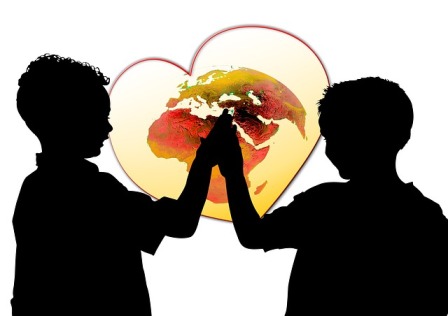 Modern man has fewer friends today than his ancestors had a century ago. Contemporary lifestyle burdened men with a lot of working hours, family responsibilities, and society’s expectations, which men mainly adopt through their upbringings. Today, humans are experiencing much greater movement due to transport development and industry requirements. All of this caused many men to spend more hours in their cars, driving to and back from their jobs. In the middle of the rush between the job and the family, many men have little opportunity to find the time to connect with their buddies and friends. The hectic lifestyle left almost no room for close friendships and took its toll on our relations. Naturally, good friendship as any other relationship needs time, energy, and patience. However, fast living caused men to look for an easy and fast solution. Modern man needs more relaxing and undemanding relations, which leads to many speculations about men’s superficial friendships. Today’s man rather seeks relaxing activities that he can share with other men. In spite of that, basic human needs to share the experience, thoughts, emotions, and personal concerns are still active and essential for our health. The article “Do Men Suck at Friendship?” describes the importance of maintaining good and healthy friendships on our overall condition.

“…. Nearly all research into healthy aging has found that the key to a long, happy life is not a diet or exercise but strong social connections – that is, friendships. Loneliness accelerates age-related declines in cognition and motor function, while a single good friend has been shown to make as much as a 10-year difference in overall life expectancy. A huge meta-study performed in part at Brigham Young University, which reviewed 148 studies with a combined 308,849 subject participants, found that loneliness is just as harmful to health as not exercising, smoking 15 cigarettes a day, and alcoholism, and fully twice as bad as being obese. Still more startling is a 2010 study published in the Journal of Clinical Oncology that looked at 2,230 cancer patients in China. Social well-being, including friendship, turned out to be the number one predictor of survival.

Some of this stems from the fact that isolated people tend to exercise less, eat poorly, and drink too much. But some researchers believe that loneliness has a negative health impact all on its own. In numerous studies over the past 30 years, John T. Cacioppo, a professor of psychology at the University of Chicago and the pioneer of the biological study of loneliness, has found that lonely people have chronically elevated levels of the stress and fear hormones cortisol and epinephrine. In a 2007 paper published in Genome Biology, Cacioppo even demonstrated a correlation between loneliness and the activity of certain genes associated with systemic inflammation, elevating risk for viral invasion and cardiovascular disease.”

Compared to women, men get lesser support from their close environment. It is widely recognized that women are better in networking abilities and maintaining close, nurturing friendships. For a woman, getting an emotional and psychological support from her female friends where she can express her worries, doubts, and insecurities in a safe environment makes a strong base. That is the reason is why women, in general, feel more emotional stability and less loneliness. For any men, having a close friend is essential. Obviously, emotional support will not be expressed in a same way, but sometimes having someone to listen, be present, and pet on the shoulder can encourage a man more than endless talking.

Tags: The Importance of Maintaining a Good and Healthy Friendship