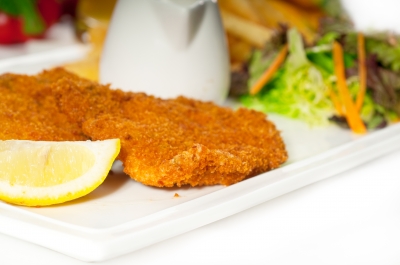 We all have heard the same lecture from our doctors: “Lose weight, exercise, eats your fruit and vegetables. That’s the way to avoid cancer!” However, research has shown that certain foods may increase your risk for certain types of cancer. A new study relates deep fried foods to increased risks of prostate cancer.

In the study, weekly eating of deep fried foods was considered a high level of consumption. Men who indulged in these foods about once a month had a decreased risk of prostate cancer compared to their weekly counterparts.

So now we know what foods cause cancer (and that moderation is key), but how exactly do they cause cancer? First, it should be noted that it isn’t necessarily always the actual food that increases cancer risk, but instead it is how the food is prepared. Usually, lean meats like chicken are very good for (less fat with all the protein), but when battered or breaded then deep fried all the nutritional benefit goes down the drain. So it isn’t foods that cause cancer, but how they are cooked is the issue.

As stated above charred grilled meats have been linked to cancer as well. Like grilled meats deep frying food triggers the formation of carcinogens which are substances that can cause cancer in living tissue. When the oil is heated is when the carcinogens form. Examples of such carcinogens are acrylamide (which is found in very carb rich foods like French fries), aldehyde (an organic compound that is found in perfume) and acrolein (found in herbicides). These toxins increase with the reuse of old oil after it has been heated and longer frying time.

Foods that cause cancer are not limited to deep fried foods or grilled foods. Other studies have been done that have connected cancer with basic “junk” food (cookies, chips, etc). So the best thing to do is watch not only what you eat, but how much of it you eat and how you prepare it. Foods that cause cancer can be avoided with just a little general knowledge.

Tags: Foods With Links To Cancer