Men With Erection Problems Are More Likely To Have Inflamed Gums

Men with erection problems more likely to have inflamed gums 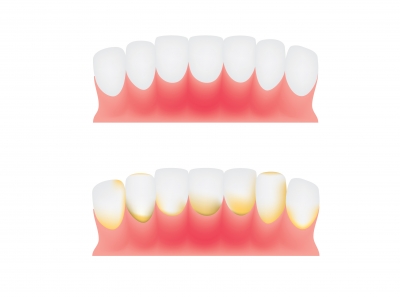 Image courtesy of fotographic1980 at FreeDigitalPhotos.net

New research indicates that men with erection problems are more likely to have inflammed gums. But as with all these types of links, which one is the cause and which one is the effect. appears to be a link between gum disease and erection problems? This seems to line up with research that also shows a link between gum disease and heart disease. Maybe oral health is far more important than we have previously thought.

Men With Erection Problems Are More Likely To Have Inflamed Gums

“Men in their 30s who had inflamed gums caused by severe periodontal disease were three times more likely to suffer from erection problems, according to a study published in the Journal of Sexual Medicine.

When the results were adjusted for other factors, such as age, body mass index, household income and education level, the men with severe periodontal disease were 3.29 times more likely to suffer from erection problems than men with healthy gums.

“Erectile dysfunction is a major public health problem that affects the quality of life of some 150 million men, and their partners, worldwide,” noted lead author Dr Faith Oguz from Inonu University in Malatya, Turkey.

“Physical factors cause nearly two-thirds of cases, mainly because of problems with the blood vessels, with psychological issues like emotional stress and depression accounting for the remainder.

“Chronic periodontitis (CP) is a group of infectious diseases caused predominantly by bacteria that most commonly occur with inflammation of the gums.

“Many studies have reported that CP may induce systemic vascular diseases, such as coronary heart disease, which have been linked with erection problems.”

He added, “To our knowledge, erectile dysfunction and CP in humans are caused by similar risk factors, such as ageing, smoking, diabetes mellitus and coronary artery disease.

“The result of our study supports the theory that CP is present more often in patients with erectile dysfunction than those without and should be considered as a factor by clinicians treating men with erection problems.”

So as men with erection problems are more likely to have inflamed gums, we have some excellent articles on gum disease and gum health, which we encourage you to read.

Tags: Men With Erection Problems Are More Likely To Have Inflamed Gums