Why it is so important you get enough sleep 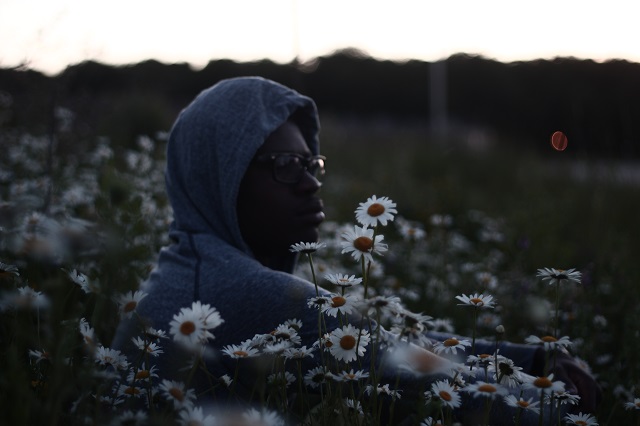 Sleep deprivation is a great problem of our days. Most people work unbelievable shifts, and even those who have a regular schedule of working from 9 to 6 end up being sleep deprived because they have to commute for a couple of hours every day. When you get home after a busy, long day at work, you are not in the mood of doing anything. But then, you turn on the TV set or the computer, and your sleep mood goes off the window.

Huffington Post published an extraordinary article on what many of us should do in order to get a good night sleep. It comes as no surprise that the infographic that we’re about to show to you pulls some alarm signals as to why our daily routines are so messed up. 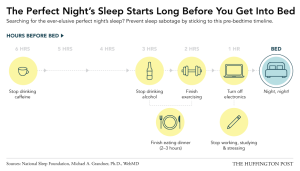 According to this infographic, created by the most talented Jan Diehm, you should stop drinking caffeine at least 6 hours before you go to bed. For instance, if you’d like to go to sleep at around 11 pm, you should have your last cup of coffee at 5 pm max.

Why it is so important you get enough sleep

In the past, many studies have shown the negative impact that drinking alcohol has on getting a good night’s sleep. In fact, being hungover is a bad effect of sleeping and drinking, combined. Most young people destroy their sleeping habits in the weekends, when they go out inn the town and drink immense quantities of alcohol. Not only do alcoholic beverages affect the brain and its memorizing capacities, but partying all night long actually means you’ll get insufficient sleep.

Sleeping with a full stomach isn’t a great idea either. In fact, if you’re into eating greasy and highly caloric foods, such as fast foods, chips, oily omelettes and other snacks that anything other than healthy, there’s a high possibility you’ll have some nightmares and heart burns, while you’re just trying to sleep. This is why it’s recommended you get your last meal of the day at least 2 to 3 hours before going to bed.

Exercising should also be performed before going to bed. I, for instance, used to go to the gym 4 days a week. It was a great idea for me to detach from work worries. But when I got home, I always thought that, after taking a shower, I’d get a really good night sleep. In fact, I couldn’t sleep at all. I was hyped and pumped and full of energy, wanted to laugh and speak to someone, instead of lying around in bed.

Last, but not least, it’s important to turn off your electronics an hour before bed. Tricky… for people who are constantly connected to their emails and to social media networks. But trying to do some of these changes won’t kill you.

In fact, they’ll show you you’ll be capable of rising early in the morning, without feeling like you’re 80 years old.

Tags: Why it is so important you get enough sleep