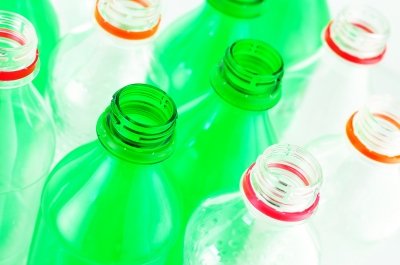 Image courtesy of mrpuen at FreeDigitalPhotos.net

What is BPA? BPA stands for bisphenol a, a chemical found in everyday items that acts like an artificial estrogen and can throw your hormones off balance. Recent research is now showing that the side effects of this chemical can be especially damaging for men.

BPA has been linked to several physical and mental issues including breast cancer, prostate cancer, obesity, type 2 diabetes, kidney damage, heart damage and behavioral problems. However, more recently a link has been discovered between BPA and gynecomastia which is abnormal breast growth in men and young boys. Obviously, this can lead to emotional stress as well.

This chemical is used in average consumer products such as plastic containers, canned foods and even sippy cups. Recently, BPA is beginning to be identified in the air, sand and water as well. Even low exposure at an early age can cause significant damage in the adult life.

Many states have already taken action to attempt to remove BPA from their consumer products, but the real problem occurs during pregnancy. Most people are already exposed to BPA as infants. It is transmitted from the mother to her unborn child so unless the mother limits her amount of BPA, the baby will be exposed. However, many times the effects of BPA will not show up until later in life.

In today’s world, with BPA not only in the environment but the products we use, it is hard to imagine anyway to escape this chemical and the health risks that come along with it. However, there are some ways to at least limit the exposure and therefore the negative side effects.

First, avoid drinking from plastic containers. If that is not an option at least avoid heating the plastic. Heat allows the chemical to easily separate from the material and be absorbed into the body.

Second, avoid taking receipts if possible. They are usually covered in a layer of BPA or BPA replacements that can sink into the skin and infect the body from the contact.

Though BPA may have an official definition, if asked the question, “what is BPA?” I would define it as a dangerous chemical that should be avoided as much as possible and hopefully will eventually be illegal in all states.

Tags: What Is BPA