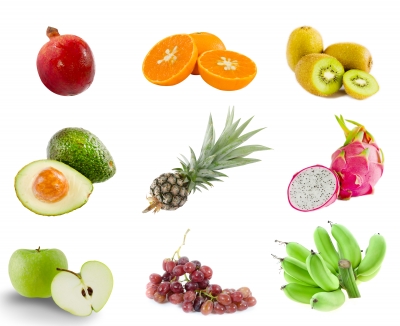 You may have heard the term “antioxidants” and that they are good for us but you may wonder exactly what are antioxidants and what do they do?

An excellent article in News Medical explains all:

“An antioxidant is a molecule capable of slowing or preventing the oxidation of other molecules. Oxidation is a chemical reaction that transfers electrons from a substance to an oxidizing agent.”

“As a result, antioxidants are often reducing agents such as thiols, ascorbic acid or polyphenols. In addition to these uses of natural antioxidants in medicine, these compounds have many industrial uses, such as preservatives in food and cosmetics and preventing the degradation of rubber and gasoline.”

“The term antioxidant originally was used to refer specifically to a chemical that prevented the consumption of oxygen. In the late 19th and early 20th century, extensive study was devoted to the uses of antioxidants in important industrial processes, such as the prevention of metal corrosion, the vulcanization of rubber, and the polymerization of fuels in the fouling of internal combustion engines.”

“Early research on the role of antioxidants in biology focused on their use in preventing the oxidation of unsaturated fats, which is the cause of rancidity. Antioxidant activity could be measured simply by placing the fat in a closed container with oxygen and measuring the rate of oxygen consumption. However, it was the identification of vitamins A, C, and E as antioxidants that revolutionized the field and led to the realization of the importance of antioxidants in the biochemistry of living organisms.”

“The possible mechanisms of action of antioxidants were first explored when it was recognized that a substance with anti-oxidative activity is likely to be one that is itself readily oxidized. Research into how vitamin E prevents the process of lipid peroxidation led to the identification of antioxidants as reducing agents that prevent oxidative reactions, often by scavenging reactive oxygen species before they can damage cells.”

A further article in the series talks about the various kinds of antioxidants found in our foods, and it seems from the information set out there that fresh fruit and vegetables are a major source of vitamins and other antioxidants, and this is in agreement with the government’s recommendation of consuming at least five portions a day.

The article lists the various beneficial types of foods for antioxidant benefit, but mentions too that there some antioxidants that are made in the body rather than being absorbed in food.

“For example, ubiquinol (coenzyme Q) is poorly absorbed from the gut and is made in humans through the mevalonate pathway. Although large amounts of sulfur-containing amino acids such as acetylcysteine can increase glutathione, no evidence exists that eating high levels of these glutathione precursors is beneficial for healthy adults. Supplying more of these precursors may be useful as part of the treatment of some diseases, such as acute respiratory distress syndrome, protein-energy malnutrition, or preventing the liver damage produced by paracetamol overdose.”

So, in simple terms oxidation is what causes iron to rust, fats to go rancid, and in general humans to age. Oxidation is part of the metabolic process that enables us to produce energy from food. We are under constant bombardment from free radicals produced by oxidation in our bodies which is an essential part of our own metabolism, so there is seemingly no escape! At least though, we now can answer the question “what are antioxidants?”

Tags: What are Antioxidants?