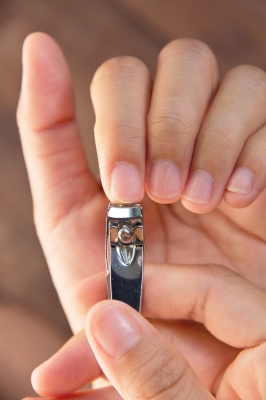 Image courtesy of ponsulak at FreeDigitalPhotos.net

There are a couple of reports such as this one of a new treatment for nail fungus involving the use of a laser. Like many new treatments, however there is not yet sufficient real evidence to convince everyone of its efficacy. Nail fungus is a troublesome and disfiguring infection that causes a lot of embarrassment for sufferers. The report in the Washington Post explains the current situation thus:

“Toenail fungus causes nails to become thick, yellow and brittle in a way that looks pretty ugly and can be painful. Sufferers can spend years and hundreds of dollars trying to clear the infection with drugs, topical treatments and home remedies, sometimes to no avail. It tends to be a cosmetic issue for the younger set and a pain issue for older folks.”

“The treatment, in which the podiatrist aims a laser beam at the patient’s toenails to kill the organisms that cause the fungus, costs about $1,000 and is not covered by insurance because it is considered an aesthetic procedure. The nails aren’t immediately clear after the treatment, which takes up to an hour; the patient must wait for the fungus-free nails to grow out.”

“Last year, the Food and Drug Administration cleared the first laser, PinPointe, for “temporary increase of clear nail” in patients with onychomycosis, the medical term for a fungal infection of the nail. The FDA cleared a second one, GenesisPlus, in April. Practitioners have been using other lasers on toenail fungus since about 2009.”

A Washington podiatrist, Stephen Kominsky, has been using laser treatment on over 400 patients with great success, and reports:

“Compared with oral medication, the odds of success are better with the laser; plus, there are no side effects.”

“The most common oral treatment, Lamisil, works for about two out of three patients, according to Lamisil’s FDA-approved prescribing information, but it has been associated with rare cases of serious liver problems. Other potential side effects include diarrhea, headache, rashes and changes in taste. According to Lamisil’s manufacturer, Novartis, the relapse rate is 15 per cent one year after completion of treatment”.

More and more medical and dental uses are being found for lasers, and this latest one would seem to make sense. Pulsed high energy from a laser switches on and off so rapidly that the body doesn’t have time to perceive pain, and the heat energy can be focused extremely accurately to kill off harmful organisms which are difficult to eradicate by other means.

A similar treatment for dental decay is being studied, and hopefully may become more widely available, although at present, lasers are prohibitively expensive for many private medical and dental practitioners. A new treatment for nail fungus that avoids the use of drugs is certainly to be welcomed