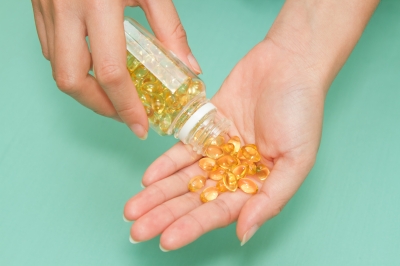 High blood levels of either alpha-tocopherol or gamma-tocopherol, both forms of vitamin E, appeared to halve the risk of prostate cancer in a new analysis of the ATBC trial, which supports earlier results showing that the vitamin protects against the cancer, writes Dominique Patton.
Original findings from the ATBC study, which included nearly 30,000 Finnish men, showed that daily supplements of alpha-tocopherol (50mg) reduced the risk of prostate cancer by 32 per cent.

Men with the highest levels of alpha-tocopherol in their blood at baseline were 51 per cent less likely to develop prostate cancer than those with the lowest levels, they reported in yesteday’s issue of the Journal of the National Cancer Institute (vol 97, no 5, pp396-399).

Similarly, men with the highest levels of gamma-tocopherol were 43 per cent less likely to develop the disease compared with men with the lowest levels.

“Further analyses indicated that the association of high serum tocopherols with low prostate cancer risk was stronger in the alpha-tocopherol–supplemented group than in those not receiving alpha-tocopherol,” note the authors.

Vitamin E is thought to fight cancer through its antioxidant activity, which combats the oxidative stress involved in cancer development. It also has other non-antioxidant properties, such as enhancement of the immune response, which may also play a role in the benefits seen.

In addition, the levels of vitamin E levels seen among the participants could be considered low and did not necessarily demonstrate support for gamma-tocopherol.

Gamma-tocopherol, found naturally in walnuts, sesame seeds and corn, was found to hold back the proliferation of lab-cultured human prostate and lung cancer cells in research at Purdue University published in December.

Previous research by the same team found that gamma-tocopherol inhibits inflammation, which had already been implicated in cancer development.

Vitamin E researchers are eagerly awaiting results form the Select trial, looking at whether high dose (400mg) alpha-tocopherol supplements can protect against prostate cancer. If these results fail to confirm the ATBC findings, new research will have to look at the role of dosages on cancer protection.