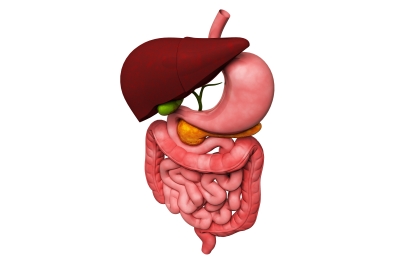 The treatments are different for mild diverticulitis than it is for complicated or recurring diverticulitis. The treatment is also different depending on the age of the individual as well as if there are other medical conditions involved. Diverticulitis can range from mild pain to a life-threatening infection.

Countries where citizens consume diets that are high in refined carbohydrates and low in fiber have higher rates of diverticulitis. Countries such as the United States where Americans seldom eat enough fiber in their daily diet. The small, harder stools often found in the individual with a low-fiber diet are what contributes to the presence of increased pressure in the colon leading to weakened colon walls and the formation of diverticula.

The treatment for diverticulitis is tailored to the severity of the symptoms as well as how many acute episodes of diverticulitis the individual has experienced.

Mild diverticulitis can be treated at home with a clear liquid diet or with a low-fiber diet and oral antibiotics. Resting is also advised for a few days. Once they start eating again, they should be on a low-fiber diet including avoidance of all whole grains, fruits and vegetables, so that the colon can further rest and heal from the attack. They should after a few days slowly increase the fiber in their diet.

Doctors will typically be more aggressive with individuals who are younger than 50 because they are at higher risk for recurrent attacks and for complications to occur such as a perforated or abscessed colon.

Approximately 50% of individuals with diverticulitis will require hospitalization in order to have intravenous antibiotics or intravenous fluids administered. These are typically the individuals with fever greater than 100 degrees Fahrenheit, or who have a high white blood cell count, or who present with symptoms of a bowel obstruction, peritonitis or other bowel complications.

There are two surgical procedures, which may be included in the treatment plan for individuals who have incurred colon damage. The two procedures are “primary bowel resection and bowel resection with colostomy.

Surgery is usually done on individuals who have had two or more recurrent attacks of diverticulitis or who have not been successfully treated medically for their diverticulitis. Another indication for surgery is when an individual who is under 40 years of age is hospitalized or has evidence of having inflammatory involvement of the urinary tract, has a colonic obstruction or may have suffered a perforation of the bowel.

Individuals who present with diffuse peritonitis or pneumoperitoneum will need to have quick fluid resuscitation, a immediate course of intravenous antibiotics, and emergency surgical exploration.

It is advised that individuals prevent further diverticulitis by eating more fiber, drinking lots of water, to avoid constipation and to absorb the fiber. It is important to learn to respond to bowel urges and do not delay having a movement. Delaying moving the bowels leads to harder stools that than requires the individual to use more force to pass the harder stool which increases the colonic pressure. Regular exercise is also recommended in order to promote normal bowel function and to help to reduce the amount of pressure inside the colon. Individuals should strive to exercise for at least 30 minutes each day or at least 3 to 4 times a week.