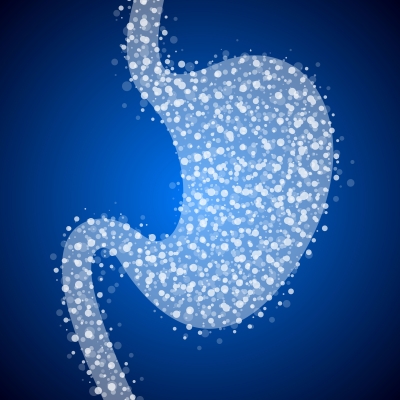 Image courtesy of samarttiw at FreeDigitalPhotos.net

Antacids are very popular nowadays. They come in tablet, pill, or liquid form, and are easy purchased over the counter. Even though acid reflux can easily be remedied by going to the drugstore and purchasing antacids, prevention is still better than cure. People tend to miss out the real cause of acid reflux, which has something to do with their diet. People should learn what brings about acid reflux in order to develop a healthier, disease-free lifestyle.

Acid reflux is usually brought about by faulty eating habits, along with insufficient exercise and high levels of stress. Food high in acidity and oil content tend to contain a lot of fat as well, which is the prime culprit of acid reflux. Unlike other substances such as carbohydrates, fat cannot easily be broken down by the digestive system. As a result, the digestive system secretes more acid in order to break down thick fatty food. Examples of fatty food include mashed potatoes, beef and pork steak, pasta, butter, and chicken. These foodstuffs are usually served as the main course of meals inside restaurants and fast-food chains. Eating such food daily will greatly increase your chances of being stricken with acid reflux.

Coffee is another culprit which triggers acid reflux. Coffee is a popular drink nowadays, especially in the light of recent discoveries regarding the health benefits of coffee. Although coffee has been hailed as an anti-cancer and anti-aging drink, it can also bring about unwanted effects such as high acid production in the digestive tract. All types of coffee have been shown to increase acid production. Coffee, as well as certain varieties of beans, increases the acid production of the esophagus region. Milk is another nutritional drink which can cause acid reflux. There is a popular belief that a glass of milk after every meal conditions the stomach for optimum digestion. This is a fallacy; in fact, intake of milk after a meal is bad for the stomach. Milk has a lulling effect which induces sleep. Acid production increases during sleeping hours, increasing the risk of acid reflux. Aside from coffee, alcohol negatively affects the digestive system, systematically destroying the liver by triggering high acid production as well.

On the other hand, highly acidic food and drinks such as lemons and oranges have been shown to increase acid production in the digestive tract as well. A combination of fatty food and acidic drinks is potent enough to cause severe acid reflux.

In order to prevent acid reflux, people should be mindful of eating food which does not adversely affect the digestive system. Non-acidic vegetables and fruits do not trigger acid production, and are highly recommended for daily intake. Seafood, whole grain wheat bread, goat milk and goat cheese are also acid reflux-free examples of food and drinks.

People who are afflicted with acid reflux should eat only small amounts of food every meal in order to avoid symptoms such as stomachache and loose bowel movement. Less food intake and more frequent meals are recommended in order to help the stomach recover from high acid production.