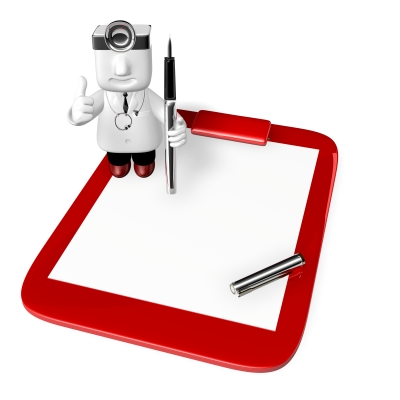 Prostate Enlargement is common as a man ages and matures. Medical doctors call this condition of enlarged prostate BPH or “benign prostatic hyperplasia”. As the prostate enlarges, the layer of tissue surrounding it stops it from expanding, causing the prostate gland to press inward against the urethra and restricting the flow, narrowing the space for urine to pass. The bladder wall also becomes thicker and irritable. The bladder starts to contract even when it contains even small amounts of urine, causing more frequent urination by the male. Eventually, the bladder weakens and loses the ability to completely empty itself and urine remains in the bladder. The narrowing of the urethra and partial emptying of the bladder cause a large number of the problems associated with an enlarged prostate. A doctor can determine an enlarged prostate during the dreaded finger prostate exam.

The symptoms of an enlarged prostate can vary, but the most common ones involve changes or problems with urination, such as a hesitant, interrupted, weak stream, urgency and leaking or dribbling, more frequent urination, especially at night. This is often called nocturia. Men who have symptoms of prostate obstruction are much more likely to develop chronic kidney disease. These are troubling and dangerous problems if not found and corrected in time.

Enlarged prostate treatments vary. Numerous effective pharmaceutical drugs are available to improve symptoms of prostate enlargement. There are also effective natural therapies including the use of time-tested herbal products. Some commonly used herbs for enlarged prostate gland include rye pollen, stinging nettle, saw palmetto, and pygeum, Plant extracts that have also been investigated include beta sitosterol, quercetin, rosaminic acid, genistein, daidzein and lycopene. In addition to herbs and mainstream medications, there is also some basic, common sense, behavioral changes that can help combat prostate symptoms. Among these changes are reducing fluid intake, limiting or ending alcohol and caffeine consumption, especially in the evening, and not passing up a chance to use the bathroom, even when your bladder doesn’t feel full. These simple steps can help reduce the impact of an enlarged prostate on a man’s life.