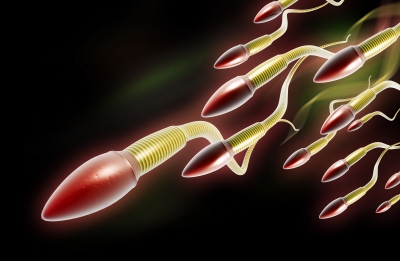 Many men are often affronted or indignant if told their sperm count is low as if it is a slight on their masculinity, but really there is no need for loss of face in such a situation since the two are not directly related.

It is unfair to belittle a man for “firing blanks” since the problem of a low sperm count is often just one of those things. Having a low sperm count doesn’t make you any the less of a man, but of course it makes for difficulties if you and your partner want to have a baby.

A recent article explains more about the problem and how to deal with it.

“Sperm issues are a contributing factor in 40 per cent of infertility cases. In half of these cases, it is the sole cause.

Male infertility problems are related to “production” or “transport”.

Limited sperm production, or low sperm count, could be the result of a genetic condition or an external factor, such as the use of anabolic steroids. Research has also shown excessive exercise, particularly cycling, can have a temporary impact on sperm count, as well as movement and shape, through lowering testosterone and overheating the testes.”

“While it only takes one sperm to fertilise an egg, it takes millions of functioning sperm to produce the enzymes needed to get through the cloud of cells that surround an egg,”

“On the transport side, sperm antibodies may stop the sperm from completing their journey. They are prevalent in about 10 per cent of infertile men and form if there is a break in the barrier between the bloodstream and the testes.”

“As long as men produce sperm – and only a tiny proportion don’t – there is likely to be a treatment or lifestyle change that can improve their chance of becoming a father.

Men produce sperm all the time (the cycle take about two and a half months), so if infertility is related to a lifestyle factor such as smoking or diet, it doesn’t take long for positive changes to take effect.”

Thus although the cause the problem of a low sperm count is not always apparent in any individual case it may be related to general factors such as a recent infection or trauma, or even just spending too long in the cycle saddle!

Lifestyle changes can often help, and your doctor can advise you regarding these, but certainly it’s a good idea to eat a healthy diet that includes plenty of fresh fruit and vegetables and also oily fish like salmon and tuna because these are especially rich in important nutrients.

There is always room for optimism in this situation, and in the case of a serious problem of low sperm count it is now possible to use a new technique to be able to conceive. This is known as intracytoplasmic sperm injection, or ICSI, which aims to inject a single sperm straight into each egg if only a few sperm are available.

Tags: The Problem Of A Low Sperm Count