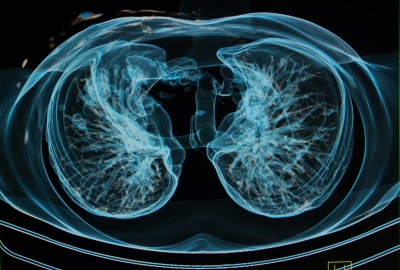 Excitement is building among scientists and researchers who are looking for a better way of treating cystic fibrosis. There is no known cure for this inherited disease so the goal of treatment is to prevent suffering and prolong life. Improving the quality of life for a cystic fibrosis patient is one of the top goals for any doctor treating a CF patient.

In healthy individuals, a natural substance called antiproteases protects the lungs from the harmful effects of proteases we have in our body. In cystic fibrosis patients do not make enough of these antiprotease substances to protect their lungs. One specific area of research is in developing new antiprotease inhalers, which should help inflammation in the lungs and reduce damage done by natural proteases found in the body of a patient with CF.

The National Institute of Health has recently announced a new class of drugs that will be used to thin the mucus secretions in the cystic fibrosis patient. It is strange but true; the drug is being drawn from toxins. The same toxins that cause the “red tides” in Florida that kill fish and other plant life are being tested to use as a mucus-thinning drug. Red tide toxin contaminates shellfish, kill other fish, and create severe respiratory problems in humans who eat it. While trying to find a way to combat this contamination may have accidentally found a way to thin the mucus of a cystic fibrosis patient. Researchers have discovered by this new drug helps thin the thick mucus of the patient. Although scientists are not exactly sure why the new drug works they surmise it could be because it increases the movement of the cilia in the lungs. Cilia are the thin, hairlike projections that help move mucus across the surface of the lungs cells. The increased movement also helps keep the thick secretions from sticking to the lungs and air passages. More studies will need to be completed before scientists and researchers and discover the safety of this new medication. They do not know what the effect will be on cystic fibrosis patients because symptoms vary in severity from patient to patient.

More advances in gene technology have also caused much excitement in healthcare providers who specialize in diagnosing and treating cystic fibrosis. They are working on a way to insert healthy genes into the airways of CF patients that should replace the mutant genes that cause cystic fibrosis. Gene therapy may play a huge role in the future in treating this incurable disease.

Treatment for cystic fibrosis patients mainly consists of making the patient as comfortable and pain-free as possible. Since it is incurable, doctors and healthcare professionals try to give their patients a better quality of life and longer span. Since the mutant gene was discovered in 1988, the life span for cystic fibrosis has steadily risen. In ancient times, babies born with cystic fibrosis died in early infancy. In the middle 80’s the lifespan was 16 years old. Today the average lifespan for someone who has cystic fibrosis is between 36 and 39 years old. There are still advances to be made, treatments to be discovered, and a cure may be found in the future.