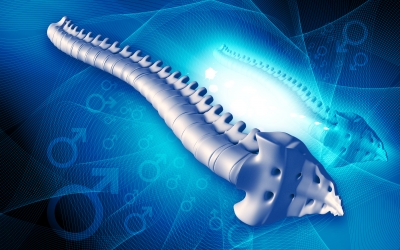 Bartlett Palmer is the son of the famed father of chiropractics, Daniel Palmer. Very little is recorded about his formative years, with the exception of the fact that his mother died when he was merely four years old. Unable to cope with her death, his father engaged in a number of relationships with women and also married a number of them. At the same time, he began to further intensify his research into spiritualism and magnetic healing. In the course of time, he also worked with the alignment of the spine in an effort to heal others, and as such his first major successful breakthrough occurred in 1895, when Bartlett was 14 years old, and the elder Mr. Palmer was able to cure a man of deafness simply by manipulating his spine.

Heavily influenced by what he witnessed, young Bartlett would soon follow in his father’s footsteps and also attended the Palmer School of Chiropractic which his father had founded in 1897. At the young age of 21 he took over the running of the school from his father who was found guilty of practicing medicine without a license. What sets him apart from his father’s area of practice and expertise is that instead of pressing onward and fighting the system, he would use it to flourish and grow the new discovery. Refining the training process, he became known as a renowned teacher of chiropractic, which at times had him at odds with his father.

Later on, Bartlett would venture out into business and in addition to being a chiropractor of standing in society; he also invested wisely and purchased a radio station and later on a television station. Being a bit of an eccentric, he would go on to openly showcase his wealth by being one of the first ones in his neighborhood to get around by automobile, while also becoming something of a celebrity because of his collection that featured memorabilia connected to the late President Abraham Lincoln. In 1961 Bartlett died, and in a very real way a piece of medical history died with him.

His legacy still stands, however; his radio station, named WOC for wonders of chiropractic, was once fabulous for letting the residents know about the miracles that chiropractic care could have in store for them. Today it is owned by Clear Channel Communications which is well known for owning a large number of stations across the United States. Very few listeners know what the call letters stand for, and every so often this little piece of history is commented upon in the local Davenport newspapers.

Another part of the legacy that lives on is the education that Bartlett Palmer gave to countless chiropractors in training. Many have gone on to become teachers themselves. Even those who went into private practice have taken the knowledge of both the elder and also the younger Palmer, and shown the world that alternative medical practices are not only here to stay, but can boast of a good many success stories!

Tags: Keeping It in the Family Bartlett Palmer