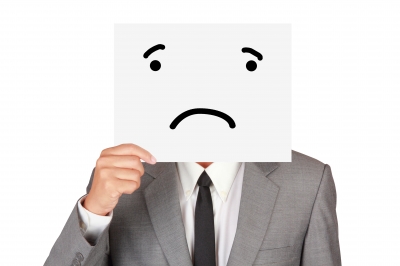 Image courtesy of pakorn at FreeDigitalPhotos.net

Some people are very familiar with depression in women and in teens but there is still some stigma regarding depression in men. It is possible for men to experience mild to severe depression and the severity of the depression depends on the causes of depression since eaxh man experiences it for different reasons and each man responds to depression in his own way.  Men who are depressed should not feel as if they are less masculine or not as strong as other men and it is for this reason that many depressed men stay silent about their problems.

If you are trying to understand depression in men, you need to figure out the differences in the way men and women deal with depression. Men who get depressed often blame others for the problem, get irritable and upset quickly, isolate themselves at time, and they sometimes compensate for the problem with overworking, sexual activity, smoking, drugs and obsession with their favorite hobbies because they shut down emotionally. Women who are depressed sometimes blame themselves, experience anxiety, cannot set boundaries and they may turn to food for comfort.

Causes of Depression in Men

A dysfunctional childhood could be the main reason why some men deal with depression over a period of time. These men may have been physically or sexually abused by a parent or other relative and they struggle to overcome the pain of those years. Sometimes depression in men happens because they struggle to accept their sexual attractions and this often occurs among young men who have same-sex attractions and feel that they are trapped in their feelings. Other men experience depression due to a job loss, particularly if they placed their worth in their occupations. Divorce is another reason for depression in men.

Helping Your Friend or Spouse When He is Depressed

One thing you should never do is tell the depressed loved one to get over it because this is not showing compassion for him. Instead, you want to be a good listener at this point because he may not feel like getting help for the problem just yet. At the same time, tell him that you are aware that he hasn’t been himself lately and that you will be there. Another thing you should do is be of assistance to him and this may include cleaning the house, buying his groceries, playing board games with him, and just laughing at his jokes.

Depression and Self Destruction

Some men who deal with depression may turn to self-destructive behavior and here are some examples of this. If you see your son cutting himself for no apparent reason or doing other physical harm to his body using a sharp tool, this is self-destructive behavior that could lead to suicide if he also has feelings of hopelessness. If the man is constantly engaged in angry outbursts to the point that his friends and relatives now keep their distance, this is another example.

Depression in men doesn’t have to be a permanent part of men’s lives because there is treatment that exists. One option is for the man to seek counseling from a licensed psychiatrist and he can get to the root of his depression and do exercises that help him overcome depression. If the depression is severe, the psychiatrist may prescribe medications.