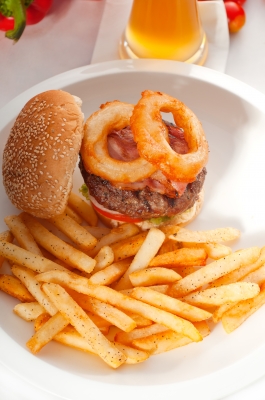 The what-the-hell-effect is a phenomenon that is firstly registered among dieters. It has been firstly noticed by researchers Janet Polivy and Peter Herman. They found that dieters tend to give up completely when to break their goal for a particular day. Because of a sense of guilt, they tend to feel bad about themselves that leads further to overindulgence. The what-the-hell-effect makes people give up for one single fault. They lose bigger picture and are unable to focus on a long-term goal. For that reason, psychologists explain the best strategy that takes faults into account when we set up our goals. According to them, we often try to break the rules when we are too strict with ourselves. A good strategy can be to set realistic goals and leave the room for occasional mistakes. We should bring self-compassion into the equation of reaching our goals. Experts suggest compassionate approach when we are struggling to adopt a new habit and break the bad one. We need to allow ourselves space to fail every now and then. Psychologists have also found out that the what-the-hell-effect affects many other areas, not only our diet. Namely, they realize that people who face negative effects of this effect in one area, also experience its consequences in other areas. It is a kind of self-sabotage that undermines our efforts to keep on with good habits. To learn more about the what-the-hell-effect and how to avoid it, the article “The What-The-Hell Effect” gives us the following tips.

So, is there any way around this? The research suggests the answer is recognising when the what-the-hell effect occurs, which is:

1. When goals are seen as short-term, i.e. today or tomorrow compared with next week or next month,

2. And you’re trying to stop doing something, like eating or drinking.

One famous example is Alcoholics Anonymous. Alcoholics are trying to avoid drinking (an inhibitional goal) but they transform this into an acquisitional goal by thinking about the number of days sober. It’s like they’re trying to acquire non-drinking days.

The same principle can be applied to any inhibitional goal. Dieters can think about the number of days they’ve been good. Procrastinators can forget about their idling and concentrate on producing a certain amount of work each day.

Whenever we want to replace a bad habit with a new, better one, psychologists recommend practicing compassionate approach to ourselves. If we can forgive ourselves for our mistake and learn from with, then we will be able to proceed with practicing our new habit. Without compassion, it becomes a great struggle, where we feel forced to do or not to do something. It directly provokes the what-the-hell-effect to appear. This approach not only shows as ineffective; moreover, it strengthens more our bad habit, which we need to avoid.

Tags: How to Avoid What-The-Hell-Effect