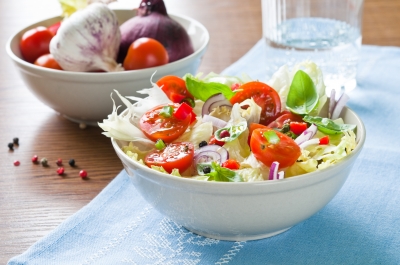 Image courtesy of tiramisustudio at FreeDigitalPhotos.net

When it comes to adopting a vegetarian lifestyle, many people feel that they wouldn’t be able to due to their love of meat. While there are some meat alternatives available for purchase, many of them are inadequate in terms of recreating the tastes of meat. Luckily, there is a new product that is being marketed that can be a godsend for vegetarians who find themselves yearning for meat. Quorn is a type of mycoprotein that many people find to be a great meat substitute, and in this article, we’ll go over some of the basic information regarding this revolutionary product in order to give you a better idea of what it is and how it can be a great nutritious choice for you to make.

One problem that a lot of vegetarians have with their diet is that they are unable to fill the void of protein consumption that is caused by not eating meat. Luckily, Quorn is a meat substitute that is packed with protein. It was created as a protein-rich substitute for meat in case a global famine was to occur. The active ingredient in Quorn was discovered in 1967, and it was tested for over ten years before being determined fit for human consumption, making it one of the most tested foods in existence today. It was released in the United States in the year 2002 and it is really beginning to catch on, as it has an absorbent quality that tends to allow it to taste like many different types of meats. The texture of Quorn resembles that of meat, which makes it great as a replacement. One may wonder how a product can seem so meat-like and be so full of nutritional value without actually being the real thing. The truth is, Quorn is actually made out of a certain type of mold! The fungus is combined with chicken egg albumen, which keeps it from being a vegan-friendly product but it can be a very important part of a non-vegan vegetarian’s diet. Quorn can be made to resemble many forms, and there are several pre-made vegetarian dishes available for sale that contain Quorn, including pizza, lasagna, hot dogs and hamburgers. It can also be purchased as a raw ingredient, either in cubes or in a texture that resembles ground beef. The product is free from the fats and cholesterol that normal meat contains, making it a wonderful addition to anyone’s diet.
Quorn’s popularity continues to grow within the United States and abroad. Created in the UK, the product is now sold in the Netherlands, Belgium, Sweden and Switzerland as well. Some people report allergic reactions to the product, but the percentages of individuals who have reactions tend to be similar to the percentage of those who have allergic reactions to other allergens such as milk or peanuts. If you are a non-vegan vegetarian who is looking for a suitable meat substitute, you may want to give Quorn a shot. You should be able to find Quorn or Quorn-based products at your local supermarket.

Tags: All about Quorn