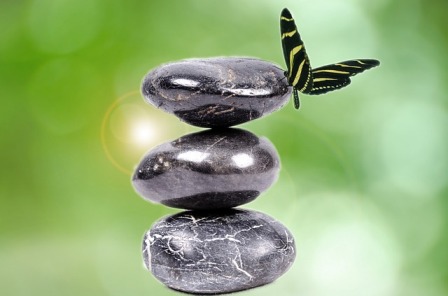 While it appears that for men it is the athleticism that first drives them to pursue a career in chiropractic care, it appears that for women it is chiropractic medicine that inspires them to branch out and explore other avenues. Perhaps it is the fact that the close study of an alternative form of medicine provides a certain personals strengthening, or maybe it is simply the idea that a person predisposed to work for the greater good of others already has an innermost strength that may drive her to seek out greater things, the women of the chiropractic field are no shrinking violets.

Take for example Suzanna Hupp who is a survivor of the Luby’s massacre. When in 1991 a former navy and merchant marine named George Hennard entered the cafeteria where Suzanna and her parents were having lunch, nobody suspected that this day would have lasting consequences. Within a span of merely 10 minutes, he murdered 24 patrons in cold blood, while many of them would have been able to defend themselves, had they been allowed to carry their firearms concealed on their persons. The same was true for Suzanna, whose gun was locked in her car, in keeping with the law of the state. The doctor of chiropractics suddenly became emboldened and made a run for the outside, believing her mother was behind her, but when she turned she saw Hennard kill her parents. Since then she has turned from being a successful chiropractor to becoming a Republican and also member of the Texas House of Representatives, where she worked tirelessly for those who wish to legally carry concealed weapons. It is anyone’s guess what she will do after 2007, when her term will expire.

Another woman of chiropractics is Melissa Bellin, well known to all WCW aficionados where she was known as one of the Nitro Girls. For all those who might not have kept up with wrestling, and the world of professional wrestling dancing, Melissa is in a league with Kristina Laum and Stacy Keibler. She has an outgoing personality that delights in interactions with others and as such she is not only known for her wrestling career, but also for her work with the pop musicians of Diversity 5. In spite of her acumen for show business and the fact that the audience simply adored her, she soon chose to return to her roots and now works as a chiropractor.

In Canada, where chiropractic medicine has its roots, Ruby Dhalla is quite possibly the most famous chiropractor around. Being a liberal at heart, she early on learned what it is like to live in a country that is riddled with violence when she learned of the Sikh shooting that took place at the Golden Temple. She contacted then Prime Minister Indira Gandhi and begged for a peaceful resolution. Since then she has studied political science, became a member of the Canadian government, graduated with a doctor of chiropractic medicine, and now owns a large number of clinics devoted to chiropractic care in Canada.

Tags: The Women of Chiropractics