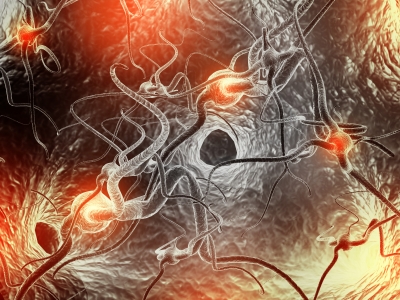 Today, there are many pheromones products in the market, and you most probably wonder what these products are for and how they work.

The word pheromone originates from theGreek words “pherein” (to transfer) and “hormon” (to stimulate). Coined by experts Adolf Butenandt and Peter Karlson in 1959, this term describes the chemical signals among living organisms that elicit response from the physiology or behavior of other members.

Pheromones are chemical substances generated by one living organism and are transmitted to other organisms that belong in one species. Pheromones are substances that usually ignite the sexual urge among animals or people.

But for animals, pheromones are commonly used for communication. There are different pheromone types, with each type belonging to two categories of usage: as territory markers or as attraction or aggression starters. The epideictic pheromones, territorial pheromones, and trail pheromones belong to the first category.

The epideictic pheromones are usually seen in insects. Commonly, female insects leave substances around the vicinity where they clutch their eggs so that other insects will automatically find another place.

This pheromone type is similar with the territorial pheromones that animals use to label the scope of their territories. For example, dogs use urine to mark their territories. Lastly, the trail pheromones are used by social insects like ants, which leave chemical elements on paths they tread on so they can go back to their nests correctly. Ants also use their pheromones to guide other members to the right path, usually toward a source of food.

The latter pheromones are unusual because the typical pheromones attract specific members of the community only; for instance, if you’re a man, you’ll normally attract women.

Meanwhile, there are species that, when attacked, release a substance that triggers aggression in other members of the community of that species– a substance called alarm pheromone. But other than aggression, there are also pheromones that lure mates for breeding that are called sex pheromones. Generally, a male insect can sense or detect the pheromones created by a female insect even if he is 10 kilometers away from her.

Proven that these classifications of pheromones are natural tools used by animals for communication, scientists also believe that pheromones also work in human beings. The human vomeronasal organ (VNO), a tiny organ situated in the human’s nasal cavity, serves as the body’s receptor of such substances.

Since the vomeronasal organ is linked to the vessels of the brain, it sends the signals that it receives from the pheromones to the human brain. Then, the brain dictates the response of the body, which becomes evident in the man’s behavior.

In connection to the statement above, studies show that human beings use the sense of smell to select their mates. In fact, Swedish experts have proven that, with the use of the latest brain imaging device, both homosexual males and heterosexual females react in a common manner when they are sexually aroused by male odors.

Another study has found out that through the use of odor, pheromones have the ability to synchronize the menstrual cycles of different women. With pheromones, the female’s ovulation can either shorten or lengthen depending on the signal that the female receives. Scientists call this process McClintock effect.

To further prove that pheromones are natural parts of human beings or their everyday lives, scientists have documented their findings using medical journals including Nature, The Scientist, and Microscopy-UK and Micscape Magazine as well as reports such as Report from the Howard Hughes Medical Institute and Presentation to International Society for Human Ethology, Simon Fraser University.

Due to the unbelievable functions of pheromones, even TV and print media have covered different scientific facts about these body substances. Dateline NBC, 20/20, ABC News, CNN, NY Times, Washington Post, and Time Magazine are examples of those media.

Pheromone products are created specifically for men to allow them to communicate silently to women, using only their odors. Some males use these products by blending them with their aftershaves so that women will be able to smell their scents when they have a chance to get close to women.

With these pheromone products, men do not need to take muscle pills or waste their sweat in the gym anymore just to improve their likeability; all they need is a simple scent produced by pheromones products.

However, men must not rely on pheromones products alone to attract women. They should also consider the importance of hygiene and appearance. For instance, a man uses pheromones but he does not shower everyday, does not brush his teeth, and dresses up like a filthy street beggar.

Do you think this kind of look will attract women? Certainly not, because women prefer both good-smelling and good-looking men. Simply put, pheromones products can help men lure women, but the end result also depends on the man’s presentation of himself.

The aforementioned scientific discoveries and explanations may seem to be so simple that a lot of people already believe in the ‘mysterious’ works of pheromones to the body, specifically factors that influence the attraction between human beings.

Indeed, with the use of vomeronasal organs and pheromones, people often find themselves attracted to someone they do not even know. Probably, this is the reason for that thing called “chemistry,” but whatever label people attach to this kind of attraction, one thing is for sure: the effect that pheromones bring is not mere speculation but a proven fact.

Tags: The Science Behind Pheromones