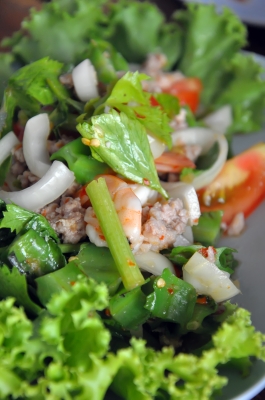 Image courtesy of phanlop88 at FreeDigitalPhotos.net

Although you do not need to be on a special diet to get benefits from reflexology, it is always highly recommended to watch what you put in your body.  As many holistic nutritionists would agree, you will find that it is very beneficial to consume as much whole foods as possible.  Keep in mind that processed foods are one of the biggest sources for the toxins we build up in our systems; the very toxins that reflexology strives to rid the body of.  Outside of a whole foods diet, the basics of a good diet always apply.  Make sure to drink plenty of water, cut down, or better yet eliminate caffeine, eat a well-balanced diet, exercise and get adequate rest.  Reflexology will help take care of the stress!

Research has found that reflexology is not only beneficial as a tool for relaxation and stress relief, but it is also an effective tool for improving circulation; relieving pain, detoxification, recovering from surgery, and as an immune and nervous system stimulator.  In fact, many people with illnesses such as allergies; chronic sinus problems; acid reflux; migraines; PMS; menopause; insomnia; fertility problems and even arthritis have been helped tremendously by reflexology treatments.

In my research I have also found it very beneficial to combine nutritional therapy with reflexology, in particular, as it relates to the nutritional properties of the goji berry.  Their healing properties are an added benefit when combined with the reflexology treatment.

Extensive research has been done on the goji berry and the evidence remains clear, the goji berry is one of the world’s most healthy foods.  The goji berry contains 19 amino acids, including 9 of which are essential for proper body functioning.  This vitamin rich berry also contains 21 trace minerals, more protein than a serving of whole wheat, and more vitamin C than an orange.

The goji berry contains many essential fatty acids, which are necessary for the production of hormones and proper functioning of the brain and nervous system.  It is also considered one of the world’s most powerful anti-aging foods.  In fact, research has shown that people that consume the goji berry daily are the longest living people on the planet.

So what can the goji berry do for you specifically?  The list is very extensive, however this list will serve as a brief outline of the benefits berry goji juice can have on specific ailments and illnesses.

The overall health benefits of drinking berry goji juice are phenomenal.  There are very few, if any, foods known to man that can make this claim.  Reflexology and consuming goji berry juice is one of the best ways to achieve the health you deserve.

Tags: The Benefits of Combining Nutrition with Reflexology