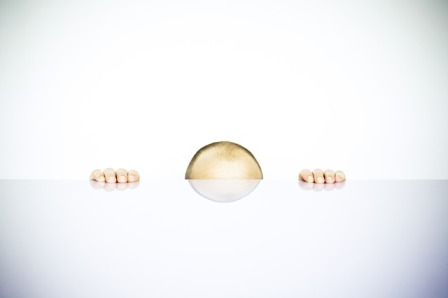 The structure, color and texture of human hair varies widely from person to person depending on a range of different factors such as gender, age, race and genes. Hair is made up of a protein called keratin, produced in hair follicles in the outer layer of skin. As follicles produce new hair cells, old cells are being pushed out through the surface of the skin. The average adult head has about 100,000 hairs, and loses up to 100 of them a day; so finding a few stray hairs on your hairbrush is not necessarily a problem.

In men, a receding hairline and gradual disappearance of hair from the crown is called male pattern baldness. In women, female pattern baldness is typically a general thinning over the entire scalp, with the most extensive hair loss at the crown. This does not usually occur in women until later on in life, if at all.

There are two forms of alopecia. Alopecia areata is a sudden loss of hair in patches usually occurring in children and young adults (can also occur in older adults). This disorder may result in complete baldness, but in about 90 percent of cases the hair returns, usually within a few years. With alopecia universalis, all body hair falls out and conventional theory states that the likelihood of re-growth is slight, especially when it occurs in children.

The causes of alopecia remain largely unexplained. In most cases the hair grows back, although it may be very fine and possibly white before normal coloration and thickness return. A stressful event may trigger this illness and it is slightly more common with certain disorders such as diabetes and pernicious anemia.

This is tearing out of one’s own hair and is a disorder most frequently seen in children.

If you have suffered or received any of the following then temporary hair loss can occur:

Some of the drugs that are known to precipitate hair loss are:

In most of the above cases the hair follicles tend to go into ‘rest’ mode but growth returns once the cause is eliminated or the patient recovers from the trauma.

Although too-frequent washing, permanent waves, bleaching, and dyeing hair do not cause baldness, they can contribute to overall thinning by making hair weak and brittle. The hair usually grows back after the cause is stopped.