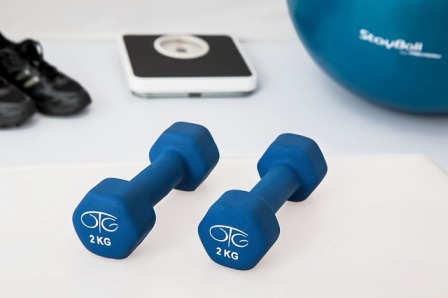 Men and women are born different. Our physical differences create two interesting approaches to exercising. Not only our bodies, but our brains too are wired distinctively causing two different types of motivation. While men enjoy in lifting weights, considering a good workout to be the hardest one that cause sweating, women like dancing elements to be included and prefer to be entertained. In general, women do not like lifting weights, nor are the fans of hard training. They want to relax, lose weight and deeply appreciate social connectedness while exercising. Even though it can seem that women’s needs in exercising prevent them from the effective workout, it does not much bother them. They have a holistic approach toward exercising. Therefore, they like yoga and Pilates, because they are smooth, activate various groups of muscles, emphasize flexibility, relieve stress, and calm the mind. On the other hand, men have clear goals and are determined to achieve them. They work hard to shape their muscles. To better understand the differences between men and women when it comes to exercising, the article “2 Exercise Affects Men’s, Women’s Hearts Differently: Study” describes a study that has explored how exercising affects these two groups.

For the new study, a team led by Dr. Thomas Allison, director of stress testing at the Mayo Clinic in Rochester, Minn., reviewed 25,000 stress-test results. They saw significant differences between men and women.

However, many fitness experts suggest narrowing the gaps between these two approaches of the workout. Neither one of them is sufficient, nor the right one. Men and women can learn a lot from each other. According to experts, men lack flexibility. For that reason, experts recommend integrating yoga movements in men’s workout. On the other hand, women begin losing bone density rapidly after their 40s. Therefore, experts advise them not to hesitate of lifting weights, because building muscles can help them maintain a good structure of their bones. Everything in nature is in the continuous changing process, and our particular way of exercising should change, too. And the best way to ensure positive change is to take the best of the both approaches.

Tags: Differences Between Men and Women When It Comes to Exercising