Diverticulitis itself involves inflammation and infection but the presence of diverticulitis can become more desperate when complications set in such as bleeding, abscess, perforation, fistula, and peritonitis. All of these complications need to be attended to immediately before the illness becomes serious or life threatening. 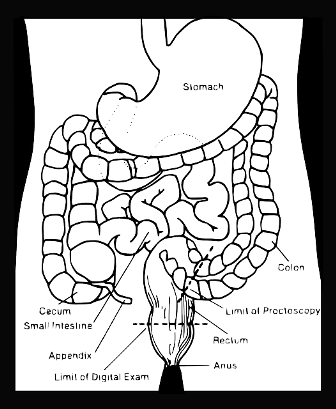 Bleeding can occur from the diverticula. It is rare for this complication to happen, but it does. Bleeding can stop by itself with no intervention or bleeding can be severe requiring treatment. The bleeding is from small blood vessels located in the diverticula, which can weaken and burst. Surgery will be necessary if the bleeding does not stop on it’s own.

Abscess, perforation, and peritonitis. An abscess can form in the colon if the infection (part of the diverticulitis) does not clear up within a few days of starting the antibiotics. An abscess is where there is pus in the infected area that may cause additional swelling and destroy tissue. Smaller holes that develop in the diverticula are called perforations. It is these perforations that allow pus to leak out of the colon and into the abdominal region. A small abscess inside the colon can actually clear up with the originally prescribed antibiotics. So essentially you do nothing out of the ordinary with small abscesses that remain in the colon, other than to treat with antibiotics, as is the normal course of treatment for any diverticulitis case.

The abscess will need to be drained by a doctor if it does not clear up with antibiotics. The procedure: percutaneous catheter drainage”, is what is done to drain the abscess. It is done using a small tube called a catheter and a needle.

A large abscess can quickly become a serious problem if the infection in the abscess leaks out and contaminates areas that are outside of the colon. When this happens and infection enters the abdominal cavity the condition is called, “peritonitis”. Peritonitis requires immediate surgery because without the surgery, the patient will die.

An abnormal connection of tissue between two organs or between an organ and the skin is called a fistula. When there is an infection and skin tissue is damaged, two sections of damaged tissue can come into contact with each other and stick together. If the damaged sections heal that way, than we call the connection between the two, a fistula. When the infection from diverticulitis goes outside the colon, the colon’s tissue may stick to other nearby tissue such as tissue of the bladder, small intestine, or skin. Commonly this occurs between the bladder and the colon. When this occurs a long-lasting infection of the urinary tract can result. Surgery can correct this when it occurs. The surgery removes the fistula and the affected part of the colon.

Obstruction of the Intestine:

Infection can cause scarring and can partially or totally block the large intestine. This blockage does not allow for the colon to move bowel contents as it normally does. When this obstruction totally blocks the intestine, it requires immediate surgery. If only partially blockage occurs than that is not considered to be an emergency, and the surgery to correct a partial blockage can be scheduled.