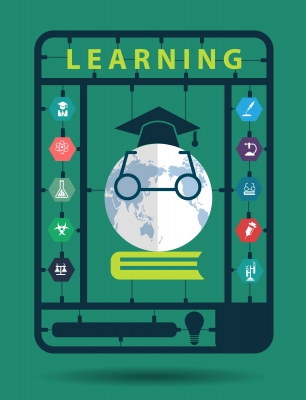 Image courtesy of KROMKRATHOG at FreeDigitalPhotos.net

The education of today’s chiropractic doctors is highly regulated and requires four years of intensive study. Part and parcel of the chiropractic curriculum are basic sciences. Some students wonder whether or not the amount of time spent in these endeavors could not be spent better by learning the core applications that will later on help them in their practice with patients. While at face value this might be a reasonable request, it soon becomes obvious that basic sciences is actually a most crucial aspect in the training of the next generation of chiropractors.

Basic sciences within the chiropractic curriculum usually refer to the study of biochemistry, pathology, physiology, anatomy, and even microbiology. These subject areas appear to only be tangentially related to chiropractics as a field, but under closer scrutiny they soon make it quite apparent that in fact a well rounded chiropractic cannot be accomplished without them. After all, how better to teach a student the many different ways in which abnormalities in a patient’s body might present. Sure, every student will be able to recognize an abnormally curved spine, yet the fine points of abnormality, especially beginning abnormalities in their early stages, usually require significant training that can only be had by mastering the basic sciences.

Add to this the fact that some abnormalities can be detected as early as they appear on the cellular level, and the notion that biochemistry as well as microbiology are requires suddenly does not appear as such a waste of time anymore. Of course, anatomy is a mainstay in the chiropractic field, since it will help the student to understand the proximity of organs to the nerves of the spine, and will also help the aspiring chiropractor to have a healthy respect for the many problems that could arise from improper care, thus stressing the need for interdisciplinary knowledge when treating the patient as a whole rather than just a problem area.

For the chiropractic doctor who will be practicing in the United States, the basic sciences are an integral part in the process of becoming a primary care physician and will help the health care professional to read, understand, and use the information provided by other medical professionals. In addition to the foregoing, as part of a medical team treating a patient, she or he is now able to adequately communicate with the other medical professionals as well, thus increasing the patient’s chances of receiving quality medical care and attaining a healing that will last in the long term rather than receiving a short term fix.

To be sure, basic sciences are very much the basis on which the chiropractic curriculum builds itself, and develops the aspiring chiropractors’ understanding and appreciation of the physical aspects she or he will be dealing with in the clinical setting. Any chiropractic student who thinks they can make do without this information will be sadly mistaken and find that a lack of knowledge in basic sciences will usually lead to a lot of catching up in the higher courses.