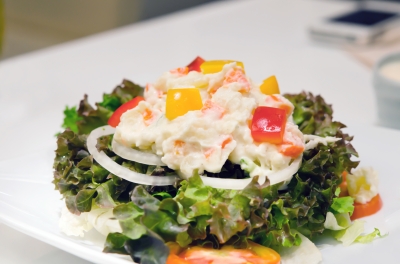 As many proponents as there are for vegetarianism there are just as many people who don’t have an opinion on the subject. On the other extreme however, there are also just as many people who would go so far as to argue against the practice. Just as the reasoning behind vegetarianism is broad and diverse, so is the reasoning against it. People have abstract and concrete answers for adhering to a vegetarian diet. Similarly, there are arguments across the board against the advancement of vegetarian diets. Every person must decide for themselves if a vegetarian diet is a good idea. Following are a few arguments in favor of eating meat.

A Biblical Standing
In Genesis, God told Adam and Eve that the animals were created for them. They were to take dominion over them. Elsewhere in the Bible, humans were told that the animals were created for food. This belief directly contradicts a typical vegetarian viewpoint of the sacredness of animal life. Animals were made to sustain human life, not the other way around. While animals are not to be abused, they are to be used for human benefit. It seems unlikely that the ideal nutritional value in animal meat is coincidental.

A Monetary View
Ranchers and farmers depend on the income that comes from raising and selling animal meat. The American economy is deeply invested in the cattle market. If people in this country continue to migrate to vegetarianism, many people stand to lose valuable income. The nation overall will have to rework its investments. Thankfully, such a drastic shift is very far in the future. For the time being, cattle ranchers and other meat producers are advertising to stimulate the purchase of their products. Vegetarians are arguably advocating the fall of the animal farmer and rancher.

Satisfying Nutrition
Meat is full of valuable nutrients that human bodies need. It is possible to replace the iron and protein lost when meat is eliminated from the diet, but the replacement can be difficult to make complete. Beans and nuts are good sources of protein, but they are not in themselves complete proteins. Animal muscle is made up of exactly what our bodies need to build their own muscles and to repair tissue. Children especially benefit from the consumption of meat. While meat often is high in fat, much of the fat is visible and so can be removed easily. Red meat has been associated with many health risks, but in moderation and in combination with other meat sources, it is a good addition to a balanced diet. Meats and other animal products are an easy source for essential nutrition.

There are some valid reasons for which to abandon or reduce the consumption of meat. In large amounts, meat can be hazardous to the cardiovascular system. On the other hand, there is rarely a strong need for a person to stop eating meat. By continuing to consume meat, a person can ensure a proper balance of complete protein for the ideal functioning of his body. Before switching to a vegetarian lifestyle, investigate the value that meat contains for your body.