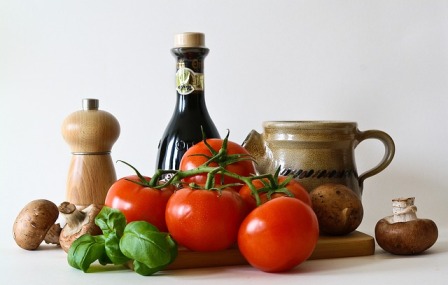 There are many different sub-groups of people that feel that vegetarianism is the proper path for man to follow. There are several different beliefs prominent in the world of vegetarianism, and many people choose to undertake a vegan lifestyle in order to reap numerous health benefits while helping to fight animal cruelty. In this article, we’ll work towards giving you a better idea of what exactly veganism is, showing how it is different from standard vegetarianism and giving you some insight as to why people make the decision to go vegan.

All vegetarians make the decision that eating the meat of animals is a poor idea in terms of health and animal cruelty. The difference between a normal vegetarian and a vegan lies in the fact that vegetarians still allow themselves to eat foods that are made by animals, while vegans do not. That means that vegans avoid foods such as eggs, milk, or fish. People may choose to go vegan for several different reasons, and many make the decision because they feel that cruelty goes into creating any animal product. Others choose to opt for the vegan diet for health reasons, as numerous studies have shown that the vegan diet can have positive effects on an individual’s health. With heart disease being the number one cause of death in the United States as well as many other industrialized countries, becoming a vegan can really be a positive step to take for your personal health. Still others choose to become vegan in order to help to decrease the amount of impact that they have on the planet. These vegans stress that the trophic levels of the food chain state that less and less energy is passed on when animals eat plants and humans eat the animals. Also, an individual’s carbon dioxide footprint can be greatly decreased by deciding to become a vegan, which many people find beneficial as it may help to decrease problems with global warming.
Those who choose to become vegan often need to make several changes to their diet in order to accommodate for their nutritional levels. Most vegans focus on diets that are based around foods such as tofu which can help to provide the protein that their bodies need in place of the protein that would be provided through eating animal meat. In addition to ensuring that they receive the proper amount of protein, vegans also need to make sure that they get enough vitamin B12, vitamin D, calcium, and iodine, as many suffer from decreased levels of these nutrients when abandoning a diet that contains meat products. A lack of these key vitamins and minerals can lead to several different debilitating health problems, including, but not limited to anemia, rickets, or hyperthyroidism. Luckily, supplementation can easily take the place of animal products when it comes to maintaining a diet rich in these nutrients.
Adopting the vegan lifestyle can be a difficult task, but the benefits that it offers to your health and the environment can be well worth your efforts. Learn all that you can about the vegan diet before making the change so that you will know some of the obstacles that you will need to overcome when removing animal products from your diet.

Tags: All about Veganism