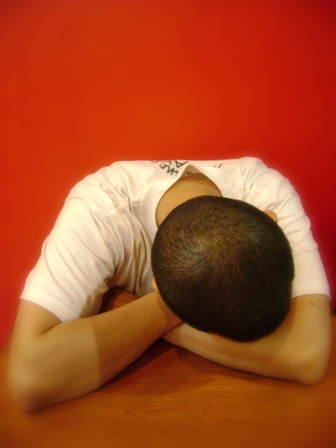 When it comes to sleeping and sleep deprivation, the first question we may ask is ‘How many hours of sleep are enough’? In order to give correct answer to this question, we have to consider our age, our lifestyle, work schedule and stress level. Researchers suggest that there is not some magical number of sleeping hours. We are all different individuals and our needs vary, depending on different factors. Not only that our sleeping needs are conditioned by our lifestyle, but also by two different factors that researchers has found out during their studies. The first is called basal sleep need that reflects the basic needs necessary to support our daily activities and keep them functioning at optimum. Another one is sleep debt, which refers to the lack of sleeping hours we made for various reasons. Anyway, the majority of researchers agree that 7 to 9 hours of sleep is enough, and that individual amount of sleeping hours can vary only on this scale and in sleeping habits. For example, for some individual it is much better to sleep in one piece, but for another can be more beneficial to have an additional afternoon siesta, which can compensate the missing hours of sleep. The article “7 Things That Happen If You Don’t Get Enough Sleep” points out the seven consequences linked with the lack of sleep.

1. LOWERED IMMUNITY
One of the things that happen if you don’t get enough sleep is your body starts to get weaker and break down. I don’t know about you, but I start to feel ill if I don’t rest sufficiently each night. I wish I could survive on 5 hours a sleep, but research proves that those who get less than 7 hours of shut-eye a night (for two consecutive weeks), are more at risk of getting ill, than those who sleep a full 8 hours each night. Even if it’s one night of sleeplessness per month (which it is in my case), it can still impede your body’s ability to fight against natural air-borne micro-organisms.

2. PHYSICAL SYMPTOMS
Somehow I always feel colder, as if my body temperature drops and I need to go to the bathroom more when I haven’t slept. I gather it’s a fact that your body temperature drops (by half a degree C), when you’re sleep deprived. This is a result of stress responses and reduced brain activity in the hypothalamus, the regulatory center that impacts your body’s temperature. When sleep deprived, your body doesn’t slow down its normal urine production; instead your kidneys go into overdrive when you’re awake. Urine production is usually one of those bodily functions that takes care of itself (your body slows down its urine production when you sleep).

3. DIFFICULTY REMEMBERING THINGS
How often do we stay up as students the night before an essay is due or cram before an exam? Thing is, sleep deprivation impairs our ability to remember words and tasks we may have been shown the day before (even a repetitive task). Short-term memory recollection is crucial when we’re studying or learning and this basic attribute of our brains can often be hampered when we don’t sleep sufficiently.

4. INCREASE ON THE SCALES
This is definitely something women don’t want to have happen, but it’s often the case that those that sleep less hours each night than they should, tend to gain more weight. This is because there’s a chance for an increased appetite (due to hormone imbalances), and it seems harder to control our ability to discipline ourselves when it comes to satisfying sugary cravings.

5. DROWSINESS BEHIND THE WHEEL
Not only is our vision affected by a lack of sleep, but our response time, ability to react and make good judgments is equally impaired. If you feel sleepy or overly drowsy, you probably shouldn’t get behind the wheel of your car (motorbike, Vespa or other motorized piece of equipment)! It’s a fact that pilots, truck drivers, medical residents and professions that require staying awake for extended periods of time, “show an increased risk of crashes or near-misses, due to sleep deprivation (Seminars in Neurology, 2009).”

6. INCREASED CHANCE OF DISEASES
One of the worst things (in my opinion) is the enhanced ability of getting diabetes. Type 2 diabetes is on the rise in the western world and it could be a result of western societies sleeping less and less. If you stay awake when your bodywants to sleep, your circadian rhythms get disrupted, your metabolism slows down, increasing your risk of insulin resistance (often termed ‘pre-diabetes’). Cancer is such a strange disease and there are so many types of cancer, that it’s hard to prove getting the illness is related to sleep deprivation. However, with the coincidences of disrupted circadian rhythms and reduced immunity, it’s no surprise that you could be more predisposed to getting certain cancers

7. GENETIC MISHAPS
I know this might sound strange, but a National Academy of Sciences article claims that your genes (cells and DNA) get disrupted when you don’t sleep sufficiently. A research study of people that slept less than 6 hours a night for one week showed 700 genes behaving erratically. The genes however that typically cycle according to your daily body rhythm weren’t erratic and those that don’t normally follow a daily rhythm started to behave erratically. Woah! Genetic mishaps lead to an inability for your body to cope against illnesses (colds, and other viruses, etc.) as well as other general stresses we put our bodies through.

These seven reasons are quite enough to convince everyone that a lack of sleep is a big deal. After this realization, another important step is to do whatever we can to improve our sleeping habits. As every habits, consistency and discipline are of a crucial importance. Because of that, establishing a relaxing bedtime routine can enhance our sleep, not only in quantity, but in quality. This relaxing routine should exclude watching TV, using a computer in your bedroom, or doing any daily activity. Many people also go to bed without a proper meal, which makes them hungry and hunger leads further to sleep deprivation. The last meal should be properly balanced and not later than 2-3 hours before the sleep. Every activity that helps us calm down will bring us to sleeping and pave the way for better sleeping habits and great health.