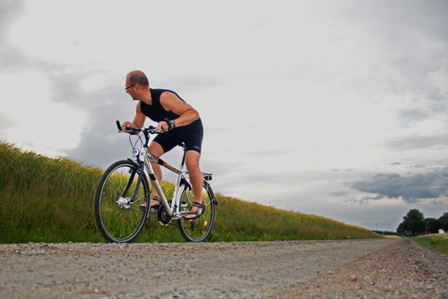 When it comes to losing the weight, there is no shortcuts. The whole process is never easy, it usually requests devotion and decisiveness. If we lack persistence and motivation, or ability to self-restrain, we can hardly expect any results. However, there is a one thing, that can facilitate this tedious process, at least for men. Due to biological and physical differences between men and women, it has been proved that men can faster lose their weight than women, at least in a short run. Whether a man will persist in losing his weight in general, it depends on his psychological abilities engaged for the long haul. Whatever happen later, men have all biological factors on their side and can set their first milestone in losing the weight more conveniently. Let us look at them more closely. In Today Health’s article “Not fair! Why is it harder for women to lose weight than men?” there are three key differences between men and women in losing the weight.

Natural emotional differences between men and women play a huge role in weight loss challenges, says TODAY diet and nutrition editor Madelyn Fernstrom. “Behavioral barriers for women are much tougher than for many men. But typically, women struggle more because women tend to be more emotional eaters, rewarding ourselves with food high in calories, high in sweet, and high in fat,” said Fernstrom.
Men, she said, typically do not eat emotionally, to “suit the hungry heart.”
Men also tend to have more muscle mass that keeps metabolism revved up and helps them burn more calories, even at rest, says New York nutritionist Elisa Zied, R.D. “Men may be able to lose more fat in response to diet and exercise because belly fat, which is where men tend to accumulate more body fat, may be easier to lose than fat around hips and thighs —where women tend to accumulate body fat — especially in response to exercise,” says Zied, author of “Younger Next Week.”
Gaining muscle mass is harder for women because women don’t have the testosterone to fuel that sort of tissue, says Fernstrom. “It’s a sort of diet lure that if you built muscle, you’ll burn calories faster,” Fernstrom says. “Even men who don’t exercise have greater muscle mass to begin with. That’s the prime biological difference.”

Keeping this in mind, we can use listed advantages not for the purpose of competitiveness, but rather as a way to motivate ourselves to exercise, stick on a diet and develop new, healthy habits. Every kilogram we lose encourage us further to continue with our dietary regime. Thus, the good start that men can have at the beginning lead to more confidence and more persistence. If we resist a temptation to stop after the initial success and use these factors as a springboard, then we can reach our goal and lose the weight. In the end, only commitment can bring desired results.

Tags: Why Do Men Faster Lose the Weight than Women