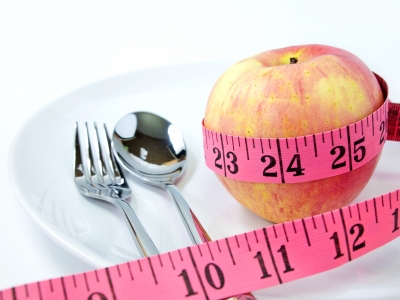 Image courtesy of nixxphotography at FreeDigitalPhotos.net

When it comes to metabolism, many of us think about how to speed it up. However, there is no single food like coffee or green tea that can improve metabolism. To speed it up, we need to change our habits and adjust our lifestyle. For that reason, experts suggest not skipping breakfast that can wake up metabolism. They also suggest spending some time outdoors before noon, because daily lights run our biorhythm and help our metabolism work better. They also recommend taking enough sleep, because it keeps the metabolism running smoothly. There is also a simple trick, which can boost our metabolism. It is exercising. The combination of cardio and strength training can do the job. Namely, cardio training maintains good circulation, brings the body a lot of oxygen and helps us burn a significant amount of calories. Therefore, a half hour walking, swimming, or running a day can hugely benefit our metabolism. Apart from cardio training, we need a strength workout twice per week. The secret lies in building muscles because the muscles do not only weight more than fat but also burn more energy. To get more ideas on speeding up our metabolism, the article “How to Increase Your Metabolism” describes several factors that can affect it.

•Age – Metabolic rate decreases 5% each decade, after the age of 40 [16], partly because of decreased muscle mass.

•Heredity – You can inherit your metabolic rate from previous generations.

•Climate and body temperature – The base metabolic rate of people in tropical climates is generally 5 to 20 percent higher than their counterparts living in
more temperate areas because it takes energy to keep the body cool. Exercise performed in hot weather also imposes an additional metabolic load.

A diet based on fiber and protein can also contribute to a good and fast metabolism. Although metabolism partly depends on our genetics, there are our habits that can make it better, or even worse. Hydration can make it better. In that sense, German dietitians recommend drinking 6 cups of water per day. However, according to scientists, there is one more interesting fact about metabolism and weight loss. Namely, they found out that people, in general, are prone to think that they eat less than it is real. They conduct research, where the study group of people has to report their daily intake of food. The majority of them reported eating less than it was actually true. Based on that, scientists concluded that inability to lose weight does not lie in slow metabolism, but in calorie intake, especially the ones taken unconsciously.

Tags: How to Speed up Metabolism