General Symptoms of Cystic Fibrosis Throughout The Body

General Symptoms of Cystic Fibrosis Throughout The Body 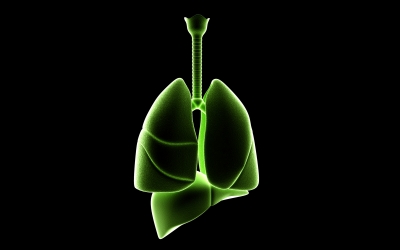 Cystic fibrosis often will show up in other parts of the body and will not be as easily recognized. This disease will often show up in the digestive organs. A common sign of digestive problems is stomach cramping, pain, and excess gas. Other common signs of a possible diagnosis of cystic fibrosis are diarrhea, stools that look greasy and smell foul. In worse cases a patient may experience a bowel blockage. A patient with cystic fibrosis may have severe vomiting.

The reproduction organs may also be affected. If a child has a delayed onset of puberty and have other signs of the disease this could be a sign of cystic fibrosis. Most males with cystic fibrosis will be sterile. Women with this disease may have difficulty becoming pregnant and be aware of the dangers of passing on the mutant gene that causes cystic fibrosis.

Another part of the body that can be affected by cystic fibrosis is the blood system. Anemia may occur. Anemia is a decrease in the number or make-up of the blood cells. Bleeding disorders such as inability to clot are also associated with cystic fibrosis.

Bone and joint problems is a little known sign of cystic fibrosis. We normally think of respiratory and digestive problems when a person is diagnosed with this disease. It might be surprising to learn that CF may affect arthritis, stunt the growth of a cystic fibrosis patient, severe pain in the joints and bones, and cases of osteoporosis may be attributed to this disease.

Another unusual sign of cystic fibrosis is an enlargement of the fingertips and toes. The digits swell, this symptom is called clubbing. This symptom is not rare but is often overlooked when searching for causes of respiratory, digestive, and reproduction problems. Other miscellaneous signs of cystic fibrosis is the inability to gain weight while still having an appetite and eating a normal diet. Salty skin and sweat, and liver problems are signs that may be overlooked in a diagnosis of cystic fibrosis. This disease could be mistaken for other problems with similar symptoms. Genetic testing needs to be done to confirm the diagnosis of cystic fibrosis. Knowing your family history may help your doctor decide what is causing your distress.

If you are experiencing any problems with breathing, frequent bouts of pneumonia or upper respiratory infections, or have polyps in your sinuses, you should contact your doctor. If you are diagnosed with cystic fibrosis it is helpful to have a medical team that specializes in this disease. Educate yourself also so you will be able to contribute to your own treatment.

Tags: General Symptoms of Cystic Fibrosis Throughout The Body