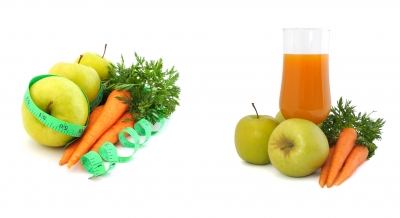 Prostate cancer has been one of the deadliest forms of cancer, especially to men aging above 50. This particular cancer attacks the prostate gland, a tiny gland situated around the urethra and it produces fluid that helps sperm cells to become more active, then prolonging their life spans. Awareness and complete understanding of the disease remains the best way to ensure you from the risk of developing cancer of the prostate. Though it has still been unclear on what really are the factors that cause this disease to occur, starting a healthy lifestyle right now might decrease the chance of having cancerous growths.

Doctors suggest that lodging in half hour of rigorous exercise can enhance not only your physical aspect, but as well as your psychological facet. Based on several researches conducted on the certain types of cancer and their origin, it shows that cancer cells tend to build up in a person whose glucose level in the blood is high. Through regular exercise, you can be able to boost the flow of oxygen to the most sensitive tissue, and at the same time, maintain the amount of glucose normal.

High-calorie diet and taking food with low fiber content are seen as another factor that results to prostate cancer. According to studies, body fat, in an above normal level, can prompt up the secretion of hormones, which triggers the production of cancer cells in the prostate gland. Dairies and meat products are rich sources of high amount of fats, so staying away from these foods is a must, if you want to fortify your body from illnesses, such as cancer.

To have a full armor protection from this “killer disease,” it is prescribed to begin munching foods rich in Omega 3 fatty acids, anti-oxidants, and soy foods, which are believed to hold the process of spreading cancer cells to neighboring parts of the body. Foods abundant in Omega 3 Fatty acids are flaxseed, and fish.

Studies’ results agree that regions with fish-based diets have low recorded cases of prostate cancer, in comparison to regions that concentrate much on high-calorie diet trend. Soy foods, which are credited to combat cancer cells reproduction, can be found in different types of foods, such as soy yogurts, soy creams, soymilk, and others that have soya as an ingredient. On the other hand, antioxidants prevent oxidation and eventually halt cancer cells production.

Green-leafy vegetables and fruits are substantial source of antioxidants, strengthening your immunity against all sorts of illnesses.

Vitamin E, selenium and health supplements can be also taken regularly to curtail any chances of having cancer growths. There are studies that back up the effectiveness of selenium and Vitamin E to lower prostate cancer risk. Aspirin or medicines with Ibuprofen can also decrease risk, however; proper consultation from the experts is needed before you engage in taking this medicine in a daily basis.