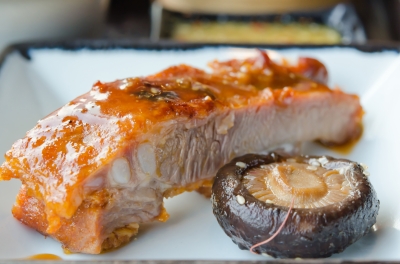 Health experts have long cautioned against eating too much red meat although without much of a satisfactory explanation as to why. It has been suggested that the saturated fat is bad for us, tending to fur up arteries and contribute to heart disease, but does red meat increase cancer risks?

The white meat of pork is fairly fatty and has not been indicted in this way. Indeed the Chinese eat quite a lot of pork and their diet is reckoned to be fairly healthy.

So it was with some shock and horror that we read the story by Robert Bazill of NBC news claiming that “red meat, any type or amount, drastically increases a person’s risk of dying early.”

“A new study from the highly respected researchers at the Harvard School of Public Health offers some of the best and most detailed evidence yet that a daily serving of meat can increase risk of heart disease or cancer.

Those numbers go up to 20 per cent more deaths and an estimated 18 per cent more heart problems and cancer for those who reported eating a daily serving of processed meats such as hot dogs, salami and bacon.”

“In the realm of health risks, these are not huge numbers.  Daily cigarette smoking adds risk of some 2,000 to 4000 per cent for these hazards. But across the U.S. population, Americans love of meat likely accounts for about 1.5 million excess deaths every decade, according to research from the National Institutes of Health.”

“The Harvard research is very credible, even though it is a so-called “observational” study. The highest level of proof is a “controlled trial” where half the people would eat meat and the other would not.

That’s obviously not practical for multi-decade dietary study.  The Harvard researchers have a long track record with their observations of nurses, doctors, and other health professionals. Blood tests confirm that what people report as their diet tends to be accurate — as are their health records.

In addition, these results neatly coincide with a decade long study published in 2009 of more than 500,000 people from the National Cancer Institute. That confirmation strengthens the argument enormously.”

Let us not forget here that the media love a controversial story and sometimes tend to exaggerate. It is known that saturated fat and trans-fat can be harmful to health, but trans-fat is only found in processed and manufactured foods, and not in fresh red meat. A certain amount of saturated fat is OK according to many health experts. Indeed the Eskimos lived on practically nothing else for generations quite happily until they were introduced to more “civilised” foods.

Some of the points in the article about “good” fats and “bad” fats are generally accepted, and it is certainly true that raising animals to produce meat is a very expensive process using up a lot of the planet’s resources, and this is reflected in the price of fresh meat to the consumer.

But, does red meat increase cancer risks? I think the case is far from proven. There are few of us who can afford fillet steaks every day anyway, but probably it is wise to moderate our consumption of red meat as with some other foodstuffs.

Arguably though, many manufactured foods such as breads, pastries, sauces, packet soups, cakes, biscuits, crisps, are a much greater threat to our health because of their high content of refined carbohydrate, often combined with unhealthy fats.

Thus the question, “Does red meat increase cancer risks?” has not yet been satisfactorily answered, but many would say that it is probably not a prime cause of cancer and we can still enjoy an occasional steak or hamburger.