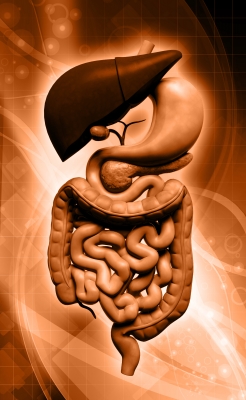 Diverticulitis is a condition in which diverticuli in the colon rupture. The rupture results in infection in the tissues which surround the colon. The colon is the large intestine and is a long tube like striation that stores and then eliminates waste material. As a person gets older, pressure within the colon causes bulging pockets of tissue, or sacs, that push out from the colon walls. A small bulging sac pushing outward from the colon wall is called a diverticulum. More than one bulging sac is referred to as diverticula. Diverticula can occur throughout the colon, but most are common near the end of the left colon. This is referred to as the sigmoid colon. The condition of having these diverticula in the colon is called diverticulosis.

The treatment needed for diverticulitis depends on how bad the symptoms are and whether an infection exists. In general there are a small percentage of people whose condition will move from diverticulosis to diverticulitis. This disease is generally seen in almost half of all Americans over the age of 60, but it is diagnosed to a lesser degree to many who are in their 40’s. The problem seems to increase with age as the weak areas of the colon continue to balloon out and result in pockets. Ballooning is caused by pressure such as exertion when a person is constipated by lack of fiber in their diet or because of certain medications. It has also been attributed to some gallbladder surgeries that have positioned the gall duct to drip directly into the intestines after the gallbladder has been removed.

It is very possible to minimize the effects of the diverticulitis in those who have already developed the condition. Choosing to convert to a diet which is aimed to control diverticulitis later in life can have significant health benefits. The recommended amount of fiber everyone needs to maintain a healthy colon is generally between 20 and 35 grams of fiber every day. Adding foods like baked beans, brown rice, bran, oats, pears, and squash can easily provide the necessary fiber for anyone. There are also many supplemental products that can be ingested which offer a valuable amount of fiber that is part of a diverticulitis diet treatment. For patients who already have developed colon problems, there are also foods that should be restricted from the typical diet in order to avoid problems. This disease can be managed in many ways, diet being one of the easiest.

Most people who suffer from diverticulosis do not have any discomfort or symptoms, however, symptoms may include mild cramps, bloating, and constipation. Other diseases, such as irritable bowel syndrome, and ulcers cause similar problems. These symptoms are not indicative of diverticulosis. The differential diagnosis of diverticulosis includes colon cancer, inflammatory bowel disease, colitis, and irritable bowel syndrome. It also includes a number of urological and gynecological processes. Bleeding from the rectum is also common. Patients are commonly studied with a CT scan, but also barium enema and colonoscopy tests.