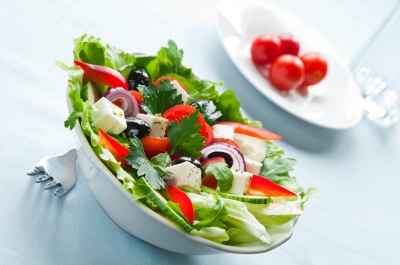 Image courtesy of tiramisustudio at FreeDigitalPhotos.net

The risk to our health from radiation may be underestimated by the majority of people but it is real, and it is worth knowing that antioxidants help protect against radiation.

Have a look at this article for a more detailed explanation of radiation risks and how best to protect yourself. The article explains the background to the increasing threat from radiation accumulating in our environment with quotes such as:

“The northern hemisphere especially had been inundated with radioactive fallout by atmospheric nuclear weapons testing from 1950 to 1963. The Nevada testing area alone produced 1200 nuclear explosions that emitted radioactive particles across the USA.”

“The Chernobyl incident in 1986 affected hundreds of thousands throughout Europe, Scandinavia, and Russia. The boom in nuclear reactor power plants had already started and was constantly increasing, along with considerable radiation leaking.”

“A 1996 international court interpretation of international treaties opened the door for widespread use of depleted uranium (DU) that had been prohibited for use as ammunition projectiles that could pierce armor. Tons of DU ammunition has been used in Bosnia and the Mideast since, leaving a radioactive mess that will last for life times.”

“Depleted uranium is a deceptive term. It is basically what’s left after enriched uranium is used for reactors. But DU cannot be used in reactors anymore. DU is still highly radioactive, so using it for ammunition creates a lucrative industry instead of an expensive toxic waste disposal issue.”

Part of DU’s effectiveness is the fact that DU projectiles ignite on impact and penetrate armor. But that process also functions to emit radioactive vapors and particles in the immediate area, which accumulates in the environment and contaminates locally for life times as well as getting carried by winds for miles to contaminate elsewhere.”

The recent catastrophe at Fukushima released considerable amounts of radiation into the atmosphere and there may be more to come from there, or from other accidents involving nuclear power plants across the world.

Our body’s immune system is remarkable in that it helps to protect us against all sorts of environmental threats including radiation. Antioxidants support and strengthen the immune system, helping it to fight the free radicals that are produced in the body by radiation and other pollutants in our atmosphere.

Potent antioxidants include vitamin C, vitamin D3, vitamin A, vitamin E, beta-carotene, lutein, lycopene, and selenium, which are found in various foods that we eat as long as we consume a varied diet. Some experts believe, however, that we should even take supplements of at least some of these because of the evidence that antioxidants help protect against radiation. The article gives a view on recommended doses.