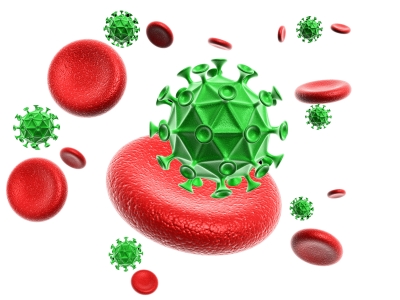 A harmless virus that lives on human skin has been shown to be a new weapon against acne as the virus kills acne bacteria.

A natural skin virus could be used to fight acne, according to a new study published today.

“US researchers found that the phage virus can kill Propionibacterium acnes – the bacteria that cause acne.

They discovered 11 different versions of the virus, which can be used to target the blocked pores that trigger the skin condition.”

Professor Robert Modlin from the University of California at Los Angeles (UCLA), which conducted the study said:-

“Acne affects millions of people, yet we have few treatments that are both safe and effective,”

“Harnessing a virus that naturally preys on the bacteria that causes pimples could offer a promising new tool against the physical and emotional scars of severe acne.”

“Acne occurs when blocked hair follicles on the skin get filled with sebum (oil) that the body creates to try and stop the hair follicle from drying out.

Acne is caused when the the bacteria propionibacterium contaminates the blocked follicle, causing inflammation and the very familiar spots associated with acne. Gradually this can cause permanent damage to the skin including pits and scars. Scientists are now looking to see whether the fact that the phage virus kills acne bacteria can be made into an everyday treatment.