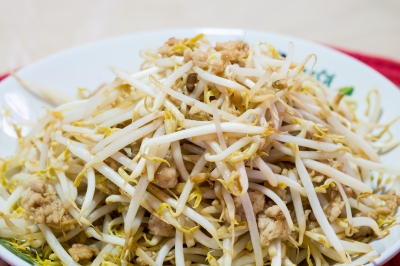 Image courtesy of nipitphand at FreeDigitalPhotos.net

A macrobiotic diet is based on eating grains as the basic food, supplemented with various vegetables. It avoids using any highly processed or refined foods. As well as what you eat, macrobiotics also has advice on how you should eat it: chewing the food thoroughly is part of the diet.

The food groups-grains and vegetables-with the lowest yin and yang qualities are emphasized in the macrobiotic diet. It is considered that eating these foods helps people to reach better balance within the natural order.

The book The Cancer Prevention Diet by Michio Kushi has been very influential in suggesting to some people that the diet can help prevent cancer. The book’s claims are supported by the findings of a study at the University of Tulane, where it was found that patients on the diet lived significantly longer than other patients who were not on the diet. There is some debate about the scientific rigor of the study. While some medical professionals are supportive of the diet, considering that since it is high in grains and vegetables and low in saturated fat it may help to prevent cancers forming, few consider it a suitable way to cure it.

While the diet is usually fine-tuned for interested individuals, its basics are as follows.

Usually, 50 to 60 per cent of each meal usually consists of whole grains, such as brown rice, barley, millet, rye and corn. Soups, often made from fermented soy beans, is taken once or twice a day.

Vegetables generally make up 25 per cent to 30 per cent of the daily food intake. Vegetables may be steamed or raw. Beans, either cooked or as bean products like tofu, make up 10 per cent of the daily intake. Fruit, including apples, apricots, grapes, peaches and pears can be eaten several times a week. There are different views about animal products. Meat, poultry, eggs, and dairy tend to be avoided, but small amounts of fish or seafood may consumed several times each week. Fish or seafood can be eaten with horseradish, wasabi, ginger or mustard to help the body detoxify from the effects of fish and seafood.

Desserts, two to three times per week, are OK. They consist of fruit, squash, and dried fruit. Natural sweeteners can be used. Sugar, honey, molasses, chocolate, carob and other sweeteners are avoided.

The diet is low in calcium and iron, and supplements may be required.

The macrobiotic diet is quite restrictive, which can make it hard to stick to. In 10 Way to Make Macrobiotics Work for You, Melody Gardot suggests that you should keep cooking books handy; keep food supplies organized; get rid of food in your larder that falls outside the diet; keep track of what you’re eating with a food diary; keep track of how you feel; have a food bag packed for when you have to go out; eat at home as much as you can; buddy up with someone else on the diet; adopt other forms of healthy living to support the diet; and keep motivated by giving yourself occasional rewards.