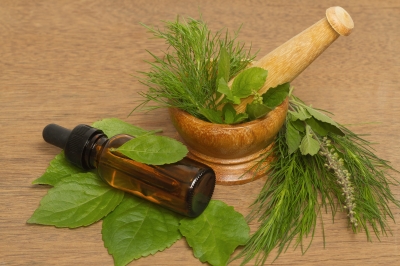 Claims by Hulda Clark to be able to cure cancer using a special machine called a “zapper” – at great expense to the patient, from a clinic in Mexico – are not founded on any scientific principles. Clark has got a couple of (very old) American and Canadian degrees in natural sciences and is a naturopath.

Her idea is that one particular parasite, the intestinal fluke, is responsible for all cancers, and that to cure cancer, you have to kill the parasite that is causing it. According to Clark’s theory, the intestinal fluke can find its way into other organs, causing harm. She also adds that pollutants (those that cause propyl alcohol to form in the body) act in conjunction with the fluke to cause rapid cancer-causing cell division. Clark promotes the idea of removing teeth that have root canal fillings, and all amalgam fillings, from the mouth in order to restore the immune system to full health for recovery from cancer, and she has concocted a herbal recipe, containing cloves, black walnut hulls and wormwood, to dispel all stages of the parasitic fluke from the body.

Two instruments that Clark claims to be effective in detecting and killing parasites have been developed by Clark and are marketed through the Internet. The “Syncrometer” is meant to make different sounds when it comes into contact with poisons in the body, or with diseased organs. Apparently it is nothing more than a basic galvanometer, which measures normal changes in the electric current passing through a person’s skin. It is not a diagnostic tool of any sort. The “Zapper” sends a small electrical current into the body. Based on Clark’s ideas about radiofrequencies being emitted by all living things, the current is meant to counter the frequencies from parasites, viruses and bacteria, killing them but doing no harm to the patient. This can be dangerous, if the patient uses a pacemaker, for example.

Many herbal products as well as Clark’s books (her latest, published in 2008, is The Cure and Prevention of All Cancers) and the devices described above are sold through various websites, accompanied by many claims. Adherents include some Scientologists and there is a research association that has been established in Clark’s name. There are even classes offered, in which you can learn to use the Syncrometer and the Zapper.

Here is a case of “buyer, beware” – talk to your medical professional first.