All about Malic Acid

All about Malic Acid 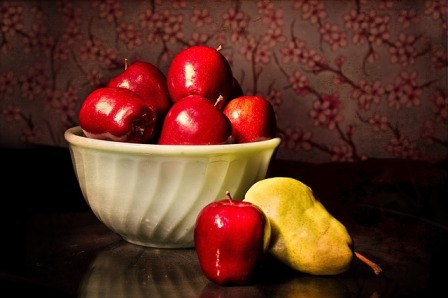 Malic acid is a natural compound found in all living cells, and also found in high concentrations in fruits such as apples. Malic acid is a key intermediate in the major biochemical energy-producing cycle in cells known as the citric acid or Krebs cycle that takes place in the cells’ mitochondria in most living organisms. It is utilized in the Kreb’s Cycle or the energy cycle that converts carbohydrates into carbon dioxide, water and energy, to fuel the body’s cells. However, this energy production process can create by-products such as lactic acid, which can build up in muscle tissue and cause muscle fatigue and reduced energy levels. Maintaining optimum levels of malic acid can help promote efficient energy production under anaerobic conditions.

* Protect the muscles from fatigue

* Promote the proper function of nerves, muscles and the heart

Malic acid is a chiral molecule. The L-form is the naturally occurring stereoisomer and also the biologically active one. There is some preliminary evidence that malic acid, in combination with magnesium, may be helpful for some with fibromyalgia. Malic acid sold as a supplement is mainly derived from apples and, therefore, is the L-form. Malic acid is a naturally occurring compound that plays a role in the complex process of deriving adenosine triphosphate (ATP); the energy currency that runs the body) from food. Although uncontrolled research had suggested that the combination of 1,200–2,400 mg per day of malic acid and 300–600 mg of magnesium for eight weeks reduced symptoms of fibromyalgia, 1 double-blind evidence has shown that malic acid plus magnesium fails to help people with this condition.

However, results have been mixed in studies of malic acid’s possible effects in those with fibromyalgia. In one study, fibromyalgia patients were randomized to receive a combination of 200 milligrams of malic acid and 50 milligrams of magnesium per tablet (three tablets twice a day) or placebo for four weeks. This was later on followed by a six-month trial with dose escalating up to six tablets twice a day. Outcome variables were measures of pain and tenderness, as well as functional and psychological measures.

and energy production. This may allow malic acid to improve energy production in Primary fibromyalgia (FM), reversing the negative effect of the relative hypoxia that has been found in these patients.

Tags: All about Malic Acid