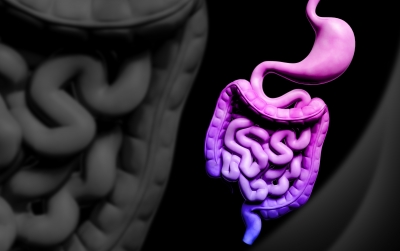 The easiest way to explain what diverticulitis is would be to say that it is a digestive disease that occurs in the large intestine and sometimes other parts of the body. It develops from diverticulosis, which is when pouches or diverticula are formed on the outside of the colon. When a diverticula becomes inflamed or infected the result is called diverticulitis.

It is not altogether certain what causes the diverticula to become inflamed or infected, but some believe that high colonic pressure is involved in the formation of the diverticula. It is also a general consensus in the medical community that individuals who consume a diet that is low in roughage are predisposed to diverticular disease. Medical experts believe that some kind of blockage of the diverticula, like a piece of feces or food particles, leads to the diverticul becoming inflammed and infected.

Individuals who are later diagnosed with diverticulitis have often presented in emergency rooms or doctor offices with complaints of lower left quadrant pain, fever and elevated white blood cells counts (upon blood test results). Sometimes they complain of nausea, diarrhea or possibly constipation. The abdominal pain felt by the individual is the most common of symptoms. The doctor will notice left side tenderness of the lower abdomen. Fever, nausea, vomiting, chills, cramping and constipation can all be caused by the infection associated with the diverticulitis. The more severe the infection, the more severe the symptoms.

Others with diverticulitis may have no symptoms at all, nor are they experiencing any discomfort at all. While others may have mild cramping, bloating or constipation.

Diagnosis is made using various tests such as computed tomography (CT scan). CT scan can identify blood flow, inflammatory changes, or associated abscesses. Other tests involve barium enema, colonoscopy except in the acute phase of diverticulitis when these tests may run the risk of perforation and should be avoided.

Diverticulitis is treated with the patient usually not being allowed to receive any food or liquids by mouth and an IV fluid therapy with broad-spectrum antibiotics being administered by IV. If the patient has had recurrent attacks of diverticulitis, has peritonitis, an abscess, or fistula then the patient may require surgery.

Once the initial treatment is complete, and the individual is released from the hospital they will be advised to consume a low fiber diet to give their colon a rest. After the colon has had a chance to heal, the fiber content in their diet will gradually be raised until they are on a high fiber diet.

Complications can occur as a result of diverticulitis including bowel obstruction, peritonitis, abscess, fistula, bleeding and strictures.

It is possible that eating peanuts or seeds aggravates diverticulitis.

Tags: What Is Diverticulitis?