Lung Infections in Patients With CF 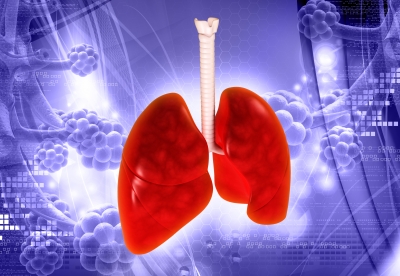 Lung infections are especially hard on patients with cystic fibrosis. Unfortunately, one of the symptoms of the disease is frequent respiratory, lung, and bronchial infections. When a patient has cystic fibrosis it is harder to treat the infection because the bacteria that causes them stick to the thick mucus found in the lungs and air passageways. While they are there they have a good breeding ground to multiply and grow. Mucus also prevents antibiotics from reaching the source of the infection, which makes it even harder to treat.

People with normal thin mucus can easily expel any mucus or sputum that builds up when they get cold or bacterial infections. A patient with cystic fibrosis has thick, sticky, heavy mucus that sticks to the walls of the passageways to their lungs and their gastrointestinal system. There are drugs available to thin mucus by breaking apart the genetic material found in the mucus. By breaking up the material it reduces the thickness of their mucus and helps them to cough it up and expel it easier.

Antibiotics used to treat symptoms of cystic fibrosis are effective but there is a danger the body will build up immunity to the drugs. New strains or variations may also develop that regular antibiotics will not help. There are over 100 strains of CF and some easily become resistant to antibiotics.

Recent research has isolated the protein that is linked to the inability of the lung to rid itself of the mucus. New medications and treatments are waiting approval from the Federal Drug Administration that will be used to help thin mucus and keep it from clogging essential passages through the body. A new clinical study will soon be started that will include cystic fibrosis patients and healthy patients. They will be testing a new drug that may restore the role of the defective CFTR protein. This is the protein that is responsible for spreading water and salt through the body.

Enzymes are important for a cystic fibrosis patient. Enzymes normally produced by the pancreas gland have to pass through small ducts into the small intestine when food is present to aid in digestion. Those patients with cystic fibrosis that is concentrated in the digestive tract will have these small ducts blocked by the thick mucus. This keeps the proper enzymes from entering the small intestine and digesting the food that is there. Often CF patients are malnourished and have a slower growth rate than those who are healthy.

Increased movement and activity also help keep the mucus thinner and easier to expel from the body. Much excitement has been spurred in health care circles because of a new technique, which inserts healthy genes into the airways of the cystic fibrosis patient. These are meant to replace the mutant gene that carries the disease.