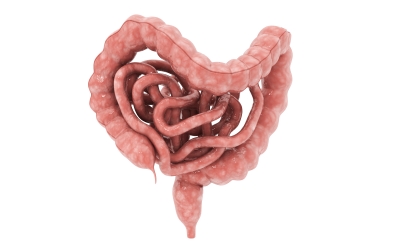 Diverticulitis is a condition in which diverticuli in the colon rupture. The rupture results in infection in the tissues which surround the colon. The colon is the large intestine and is a long tube like striation that stores and then eliminates waste material. As a person gets older, pressure within the colon causes bulging pockets of tissue, or sacs, that push out from the colon walls. A small bulging sac pushing outward from the colon wall is called a diverticulum. More than one bulging sac is referred to as diverticula. Diverticula can occur throughout the colon, but most are common near the end of the left colon. This is referred to as the sigmoid colon. The condition of having these diverticula in the colon is called diverticulosis.

An initial episode of acute diverticulitis is usually treated with conservative medical management, including bowel rest, IV fluid resuscitation, and broad-spectrum antibiotics. Recurring acute attacks or complications, such as an abscess, peritonitis, or fistula may require surgery, whether it is an emergency surgery or performed on an elective basis. Upon discharge, patients may be placed on a low fiber diet which gives the colon adequate time to heal without needing to be overworked. Later, patients are placed on a high fiber diet. This has been shown to lower the recurrence rate.

Diet plays an enormous role in avoiding problems with diverticulitis. Avoidance of nuts, popcorn, and sunflower, pumpkin, caraway, and sesame seeds has been recommended by physicians as these foods could enter, block, or irritate the diverticula. There is no scientific data that supports this treatment measure. Eating a high fiber diet is the only requirement which is highly emphasized and eliminating specific foods is not necessary. The seeds in cucumbers, strawberries, raspberries, and tomatoes, as well as poppy seeds, are generally considered harmless. Everyone differs in the amounts and types of foods they are able to eat. Decisions about diet should be made based upon what works best for each individual person. A food diary would be beneficial to help identify individual items in the diet.