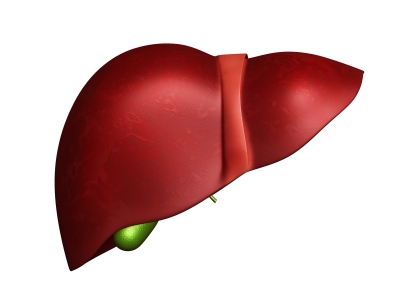 Liver is the detoxifier of our body. The largest of all internal organs, one simply cannot survive without this one. That’s why liver possesses the ability to regrow its healthy parts unlike other parts of the body.

Due to this gift of genesis, the diseases of the liver tend to go chronic over a period of 10 to 15 years. It would be an understatement to limit the liver’s functions to detoxification. It takes care of production of many proteins and enzymes, storage of carbohydrates, fats, macro and micro nutrients, is responsible for the breakdown of fats and red blood cells and detoxifies (metabolizes) substances that could harm our body in a matter of seconds.

Starting with the production it produces several proteins, enzymes and clotting factors that are responsible for proper circulation. Without clotting factors a person is susceptible to bleeding to death and without proteins all loose tissues in our body will be edematous (full of fluid).

The enzymes produced by the liver are responsible for various metabolic actions of the body without which survival would be next to impossible. Liver also produces essential cholesterol which is responsible for maintenance of cell functions and membrane integrity.

Liver stores carbohydrates, fats and nutrients to save for body when it goes into starvation mode. It breaks down glycogen into glucose to provide energy. Liver saves at least 3 months of stores for essential vitamins, which is why the body seems to be working fine for a while even when it is low on nutrients.

It’s the storage of carbohydrates and fats in liver that keeps us going during fasting hours. Liver is also responsible for providing us energy during strenuous exercise when the body’s demands for oxygen are higher than the supply.

Liver breaks down many large molecules of fats to aid its digestion. This is done through a process of emulsification where large molecules are mechanically broken down by bile secretions (produced by liver).

It also breaks down hemoglobin and recycles its products for the production of next red blood cells. Liver metabolizes at least 60% of the medicinal drugs generally, and all the drugs taken through the oral route. Liver breaks these drugs down to their active form and that constituent is responsible for the therapeutic effect of the medicine.

Coming to the detoxifying functions of liver, the liver performs this life saving function every nanosecond of the life. One of the most dangerous toxins that liver metabolizes is ammonia. Ammonia could lead to early brain damage and multi organ failure if not excreted properly.

Through urea cycle it detoxifies the toxic waste to a less harmful form which is excreted in urine. It also metabolizes heme which is a constituent of hemoglobin. It excretes the metabolite bilirubin in urine.

Large amounts of bilirubin in the body could lead to jaundice which is the yellowness of the sclera and the skin. Jaundice shows the dysfunction of liver and helps the doctors in confirming their diagnoses.

Last but not the least it also detoxifies the well- known alcohol. The metabolites are the reason why one gets the symptoms of the hangover. Alcohol is also one of the main causes of liver failure and it will be discussed later in the disease section.