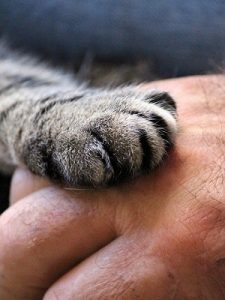 This common stereotype revolves around the idea of conventional masculinity. Many people still stick with this idea, completely ignoring the fact that each person is unique and that manliness does not mean the same for all men. Many men are also getting angry when facing this stereotype. They do not see their pets as fashion accessories. They think that pets cannot make them more or less masculine. Their unique personality traits that may express as masculine or feminine. On the other hand, women are more fascinated with men who adopt cats. They see men who decide to parent a cat are better in relationships. According to them, men who own a cat should invest more time and energy to take care of this precious animal. Many women agree that spending a lot of time with a cat is a good practice for many men before they get into a long-term relationship. To find out more about the men, cats, and masculinity, the article ” gives us interesting statistics.

While old gender stereotypes used to have pets divided – cats for women and dogs for men – we now have definitive proof that this isn’t the case. Owning a cat doesn’t make a guy any less masculine. In fact, according to psychologist Dr. June McNicholas, lead researcher on a new study from The Cats Protection League of the UK, men who own cats aren’t only not effeminate, women actually find them more attractive than their kitty-free counterparts! Could the feline parasite t. gondii be at play here? Hard to say, but whatever the reason, of the single women interviewed:

In a similar study by the PetPlace.com website, 84% of readers answered “yes” when asked “Do real men own cats?” “Only intelligent, aware, caring men love cats!” added one.

Even though there was more prejudice about men who like cats in the past, today many women report that men who choose a cat as a pet are sexy. Moreover, the number of men who decide to adopt a cat increases every year. In the UK only this number grows about 20 percent each year. At this moment, 5.5 million men in the UK take care of the cat. It means that one in five men live with his feline friend. And this fact most definitely breaks the stereotype that cats are more associated with feminine and dogs with masculine energy.