Lesser Known Reasons Why Cars Are Bad For Your Health

Lesser known reasons why Cars are bad for your Health 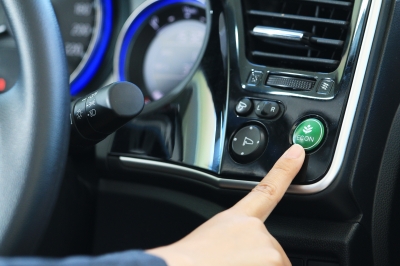 Image courtesy of koko-tewan at FreeDigitalPhotos.net

We all now know about the health risks of exhaust pollution from cars and lorries on our roads, but there are also some lesser known reasons why cars are bad for your health. This has to do with the smell of a new car which most people love and try to preserve as long as possible. If this smell was just emanating from the fine leather of the seats that would be fine, but it seems there are many chemicals employed in making the various parts of a car’s interior that are not too friendly.

Lesser Known Reasons Why Cars Are Bad For Your Health

An article here reckons that:

“According to the Ecology Center, a regional leader that works for a safe and healthy environment, new study shows that the “good smell” in most cars is actually the scent of toxic chemicals, such as PVC (polyvinyl chloride) and BFRs (brominated flame retardants).

These chemicals can be found on the steering wheel, dashboard, armrests, and seats. They are also used to make plastics flexible and interiors fire-proof, and have been linked to numerous health problems including allergies, birth defects, impaired learning, liver toxicity, and cancer.”

“Cars can be bad for your health, and not just because of the stuff that comes out of the tailpipe. The Ecology Center has published a list of the least and most toxic vehicles from 2011-2012 after testing 205 different models with the aid of an x-ray fluorescence analyzer to find out which chemicals and in what amounts are used in cars.

The tests consisted of scanning interior components such as the seats, dashboard, carpets, headliner, and door trim, and identifying the elements in each material. Based on the size of the item and the amount of contact a person would have with it, the numbers were crunched and the car given a score on a scale of one to five.

A low score means the chemicals being tested for weren’t detected, while a five would indicate that high levels of the chemicals were detected. Items that were commonly detected and found in car components include elements like bromine, chlorine, antimony, mercury, and lead.”

The top three cars mentioned as being potentially most toxic were: Mitsubishi Outlander, Chrysler 200SC, and Kia Soul, but there are several others too with significant amounts of dangerous chemicals detected.

It is extremely disturbing to discover the use of metals like lead, antimony, and mercury, in modern cars since these have long been recognised as toxic. Lead was removed from petrol many years ago because of a demonstrated risk to several different organs within the body, especially the nervous system, even at low levels.

Recent announcements by the World Health Organisation have indicated that diesel fumes are now definitely carcinogenic and not just possibly carcinogenic as previously stated.

This is due not just to chemicals therein but also carbon particulates that are inhaled and come to rest in the lungs. This is an example of how long it takes for such health risks to be taken seriously. Thus the evidence is mounting that there are lesser known reasons why cars are bad for your health in addition to the ones we already know about. It seems we need to either all work from home or take to the bicycle!

Tags: Lesser known reasons why Cars are bad for your Health