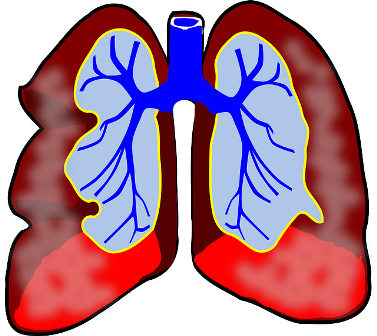 Cystic fibrosis was a mystery disease until the mid 1940’s. Then it was identified with the inability to clear mucus from the lungs and air passages. Some scientists and researchers believe it developed because of preventive measures taken for cholera. If a child was diagnosed with cystic fibrosis in the 40’s they rarely survived childhood. In the 1970’s the survival rate of a child with cystic fibrosis was sixteen! Treatment was supportive in nature and did little more than improve their quality of life. Today there is still no known cure for cystic fibrosis but there are treatments and medications available that prolong life and give the patient a better quality of life. In 2006 the survival age of cystic fibrosis patients rose to the late 30’s.

Cystic fibrosis affects many parts of the body including the respiratory organs, reproductive organs, and the digestive system. The normal mucus that lines the passageways of bronchial tubes, lungs, and digestive organs is not think and watery. Instead, it is thick and sticky and adheres to the passageways that lead to the respiratory, digestive, and reproductive organs. Those born with the defective gene makes this heavy mucus amasses and cause problems. If the mucus builds up in the respiratory passages and lungs, the patient will find it harder to breathe. If it builds up in the digestive tract it will not allow essential nutrients to go through the digestive system. A man who is diagnosed with cystic fibrosis is normally sterile.

This disease is detected in children before the age of three but there are occasions when a preteen is found to have cystic fibrosis. One of the symptoms of the disease is a delay in the onset of puberty. There are five common tests for cystic fibrosis. One of the earliest signs an infant or child may have cystic fibrosis is a salty taste to their skin when you kiss them. A high salt level often signals the presence of the cystic fibrosis in the body. Confirmation of a cystic fibrosis diagnosis may be done in four different ways. A trypsin test evaluates the function of the pancreatic gland by detecting amounts of trypsin in the stools of the patient. A patient may go through a pulmonary function test to look at their breathing ability and lung function. Chest x-rays may be used to discover any mucus deposits that have collected in the lungs. Finally, genetic tests can detect the mutant gene that causes cystic fibrosis. These tests can be done before, during, or after a pregnancy. If you know there is cystic fibrosis in your family, you may want to have genetic testing to find out if you and your spouse are carriers of the mutant gene.