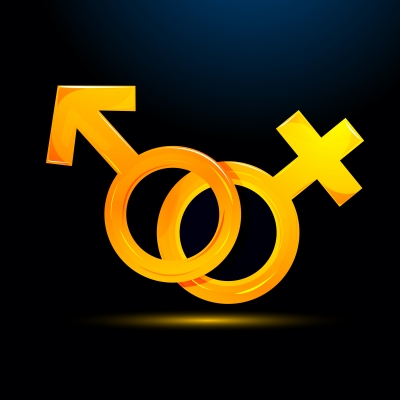 Image courtesy of digitalart at FreeDigitalPhotos.net

An impairment during any stage of the sexual response cycle (desire, arousal, orgasm, and resolution) that prevents the individual or couple from experiencing satisfaction as a result of sexual activity.

Emotional factors include both interpersonal problems (such as marital/relationship disharmony, or lack of trust and open communication between partners) and psychological problems within the individual (depression, sexual fears or guilt, past sexual trauma, and so on).

Physical factors include drugs (alcohol, nicotine, narcotics, stimulants, antihypertensives, antihistamines, or most psychotherapeutic drugs), a common factor in all ages; complications related to back, prostate, or vascular (blood vessel) surgeries; neurological problems caused by trauma (such as spinal cord injuries) or disease (such as diabetic neuropathy , multiple sclerosis , tumors, and tertiary syphilis ); failure of various organ systems (such as the circulatory and respiratory systems); endocrine disorders (thyroid, pituitary, or adrenal gland problems); and some fetal development abnormalities.

Sexual desire disorders may have a hormonal cause from a decrease in normal androgen hormone production. Other causes may be aging, fatigue , pregnancy , medications, or psychiatric conditions such as depression and anxiety .

Sexual arousal disorders are also referred to as frigidity in women and impotence in men. In women, there is an aversion to, and avoidance of, sexual contact with a partner. In men, there is a partial or complete failure to attain or maintain an erection until completion of sexual activity, or a lack of sexual excitement and pleasure in sexual activity. There may be medical causes to these disorders, such as blood flow problems or lack of lubrication. Chronic disease and the nature of the relationship between the partners are other possible causes.

Orgasm disorders are a persistent delay or absence of orgasm following a normal sexual excitement phase. The disorder can occur in both women and men.

Sexual dysfunctions are more common in the early adult years, with the majority of people seeking care for such conditions during their late twenties into their thirties. The incidence increases again in the geriatric population, typically with gradual onset of symptoms that are associated most commonly with organic causes of sexual dysfunction.

Open, informative, and accurate communication regarding sexual issues and body image between parents and their children may prevent children from developing anxiety or guilt about sex and carrying those emotional responses into their adulthood.

Avoiding drug misuse or abuse may prevent sexual dysfunction related to such activities.

Couples developing and practicing adequate communication may be able to avoid some problems within their relationship that could potentially create some forms of sexual dysfunction.

People who are victims of sexual trauma such as sexual abuse or rape at any age should receive comprehensive treatment, including individual counseling and group therapy. Such care may prove beneficial in allowing them to fully enjoy voluntary sexual experiences with a partner of their choice.

Specific physical findings and testing procedures depend on the form of sexual dysfunction being investigated. In any case, a complete history and physical examination should be done to identify predisposing illness or conditions; highlight possible fears, anxieties, or guilt specific to sexual behaviors or performance; and elicit any history of prior sexual trauma. A physical examination of both the partners should include all systems and not be limited to the reproductive system.

Treatment measures depend on the cause of the sexual dysfunction. Organic causes that are reversible or treatable are usually medically or surgically managed. Physical therapy and mechanical aides may prove helpful for some people experiencing sexual dysfunction due to physical illnesses, conditions, or disabilities.

Behavioral treatments involve many different techniques to treat problems associated with orgasm and sexual arousal disorders. Self-stimulation and the Masters and Johnson treatment strategies are only two of many behavioral therapies used.

Simple, open, accurate, and supportive education about sex and sexual behaviors or responses may be all that is required. Some couples may require joint counseling to address interpersonal issues and communication styles. Psychotherapy may be required to address anxieties, fears, inhibitions, or poor body image.

The prognosis (probable outcome) depends on the form of sexual dysfunction. In general, the probable outcome is good for physical (organically caused) dysfunctions resulting from treatable or reversible conditions. It should be noted, however, that many organic causes do not respond to medical or surgical treatments. In functional sexual problems resulting from either relationship problems or psychological factors, the prognosis may be good for temporary or mild dysfunction associated with situational stressors or lack of accurate information. However, those cases associated with chronically poor-functioning relationships or deep-seated psychiatric problems typically do not have positive outcomes.

CALL YOUR HEALTH CARE PROVIDER IF

Call for an appointment with your health care provider if symptoms worsen, do not improve with treatment, or new symptoms develop.